On Monday's "Dancing with the Stars," Rob Kardashian spoke about sister Kim's sudden split with Kris Humphries, saying, "Obviously, she's going through a lot right now. It's a tough time for her." 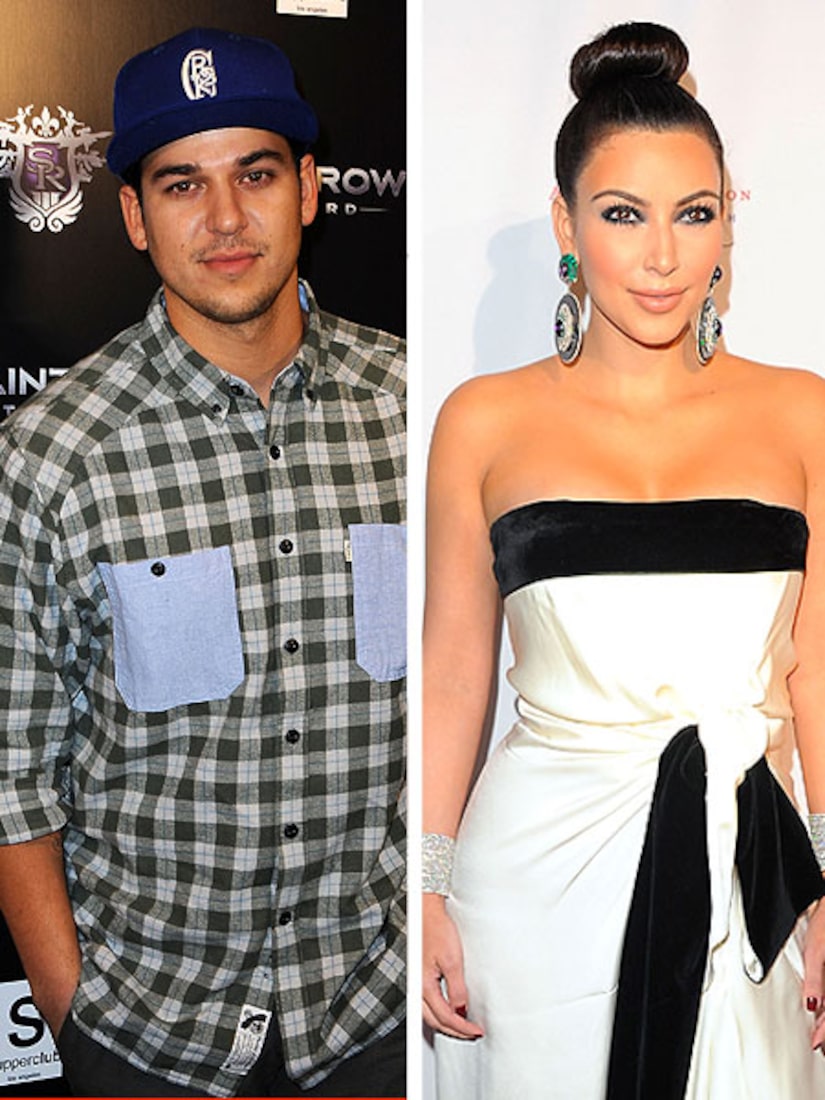 Just last week, the seemingly happy newlyweds showed up to the "DWTS" studio to root for Rob, but are now thousands of miles apart, with Kim in Australia. "We're a family like always and we're just trying to be there for her and be very supportive," Rob said.

Rob, part of Team Paso in this week's "Dancing with the Stars" team performances, earned a total of 51 points for his "Addams Family" tango, bumping him up to second place.

After mouthing off to judge Len Goodman last week, Maks Chmerkovskiy, dressed as a werewolf, was given high marks with Goodman commenting, "You coped well with a very difficult dance." Maks, dancing on an injured toe, said he wasn't nervous about his face-to-face with Goodman. His partner, Hope Solo, exclaimed, "He's never nervous, are you kidding?"

Nancy Grace was at the bottom of the leader board, with a total of 44 points after a difficult time dancing the jive. Nancy said, "When you look at our scores, they're not very far apart, so hopefully America liked our dance."

Watch and find out who will be sent home on Tuesday night's "Dancing with the Stars," on ABC.