During the involuntary manslaughter trial against Michael Jackson's doctor, Conrad Murray, the defense suffered a setback Monday when its expert witness was held in contempt of court and fined $1,000. 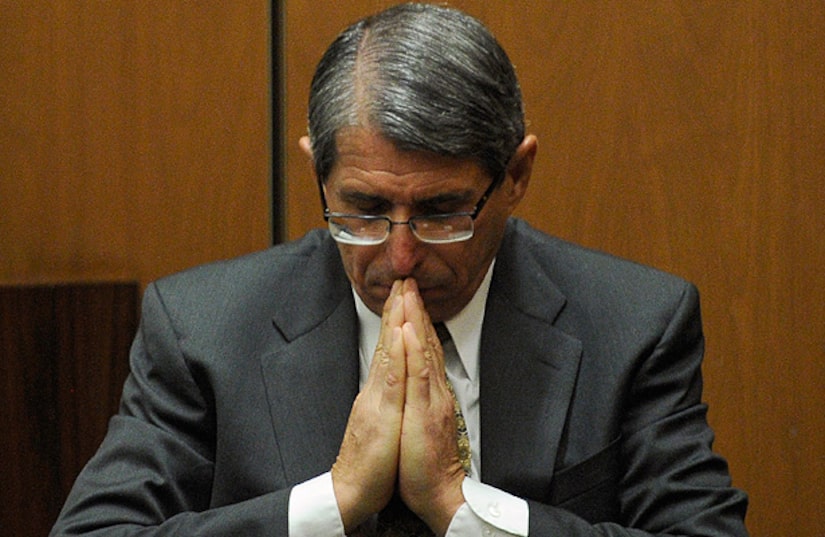 Dr. Paul White, an expert on propofol and the defense's last witness, was found to have repeatedly violated an order from Superior Court Judge Michael E. Pastor that he refrain from testifying about private conversations with Murray, but to stick with the statement the cardiologist gave to detectives days after Jackson's death.

After an intense cross-examination by lead prosecutor David Walgren, White conceded that Murray's treatment of Michael Jackson lacked judgment, especially in allowing the drug to be used in the home and the lack of sufficient monitoring equipment. But White refused to admit that these were "egregious" violations.

When Walgren asked if it was true that Murray supplied propofol, White countered that he understood that Jackson procured his own stash of the powerful anesthesia, and that he believed Jackson could have injected propofol from a partially-filled syringe that Murray may have left in Jackson's bedroom.

White also testified he believes that Jackson took extra doses of two drugs while Murray's back was turned. White said, "I don't think [Jackson] realized the potential danger." This information was not in Murray's original statement to authorities.

Monday marked the second time Pastor held White in contempt; the first time was Oct. 21, after White was overheard calling a member of the prosecution team a profanity, which White denies. Pastor ordered White back Nov. 16 for a hearing.

Later in the morning, White testified that he had additional information to share with the jury, but the judge told him he couldn't, which Pastor interpreted as a further violation.