Ruth Madoff recently said she and husband Bernie tried to commit suicide on Christmas Eve over the $60-billion scandal that rocked the financial world.

The most hated woman in New York told "60 Minutes" (airing Sunday) that she and Bernie swallowed a bunch of pills, even though Bernie told the NY Times earlier this year, "I never thought of taking my life, it's just not the way I am."

Their conflicting stories are causing speculation that Ruth was in on the Ponzi scheme, and was using the suicide angle as a way to get some sympathy... or to help her daughter-in-law sell books.

She recalled the day Bernie had decided to come clean, saying, "I was kind of paralyzed. Bernie got up and said, 'I'm going back to the office.'"

In the candid sit-down, Ruth, 70, said it was difficult to remember "every detail" of that fateful day. "I sort of blank now, I'm not hedging here, I don't, I just simply don't remember every detail. I was in such a state."

She also said they attended their company Christmas party that same evening, "so I got myself together and went over there. We stayed for a half an hour. And we just went home. And the next morning, the FBI was there to arrest him at 7:00 AM."

Larry King recently spoke out about Madoff's "60 Minutes" appearance, noting her daughter-in-law Stephanie Madoff Mack's new tell-all about the suicide of husband Mark Madoff, saying, "If you're gonna sell a book, you're gonna go the the NY Times and '60 Minutes.'"

When Ruth last saw Bernie in prison almost a year ago, shortly after Mark's death, she told her husband it would be her last visit, and said her final goodbye. 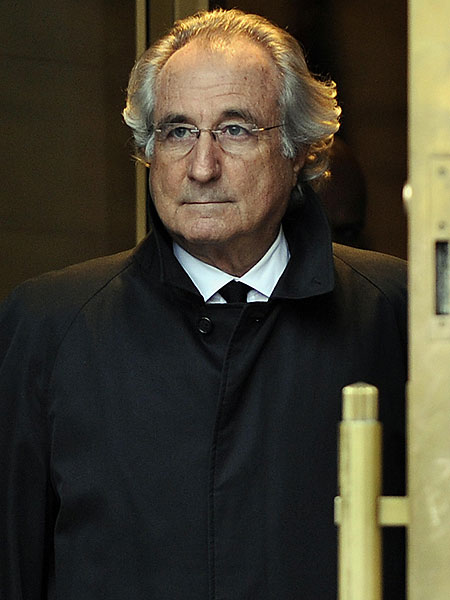 Bernie, 73, gave a two-hour interview on Oct. 14 to Barbara Walters (no cameras were allowed), and recounted that last moment with his wife. "[Ruth] asked me to let her go, which I understood. Ruth doesn't hate me. She has no one. It's not fair to her. She lost her first son."