"Extra" host Maria Menounos caught up with the talented Bette Midler to talk about her fun fight with Lady Gaga over a certain mermaid costume.

"We had a feud, which I loved," laughed the Divine Miss M, who accused Mama Monster of copying her "mermaid in a wheelchair costume" in a recent tweet, writing, "You can keep the meat dress... mermaid's mine."

Bette explained to Menounos, "I'm not a good tweeter. I said a couple of things. I opened a can of worms." But Midler wasn't really mad. "I wasn't irked at all! I thought it was hilarious. I was actually very flattered, and then we sort of put it to rest."

Now Midler is auctioning off some of her more lavish costumes and memorabilia from her movies and stage shows, with proceeds going to help clean up the NYC's parks with her non-profit organization, New York Restoration Project. 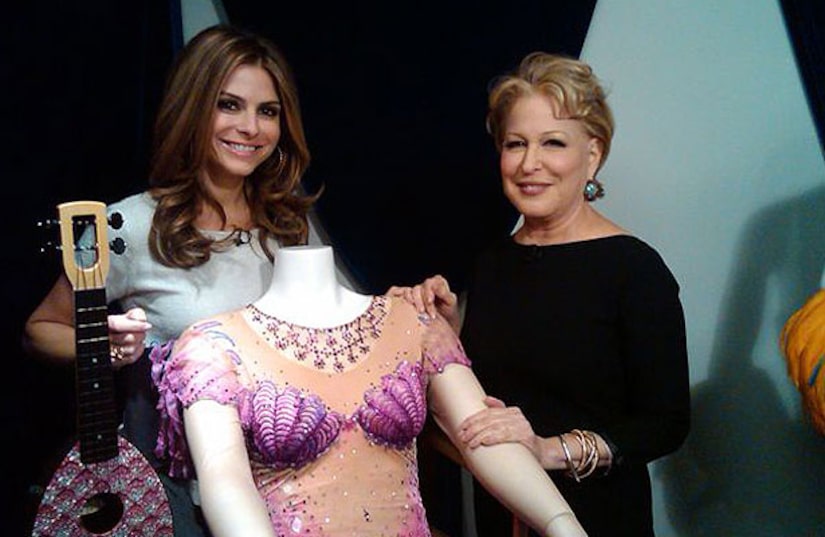 She is even selling a rare ukulele, and gave another one to President Obama. "It's not for him; it's for his girls." Bette and the President are both from Hawaii.