Veteran journalist Larry King opened up for the first time to "Extra's" Jerry Penacoli about his personal investment losses from the Bernie Madoff scam -- and his thoughts about Ruth Madoff's candid interview with "60 Minutes." 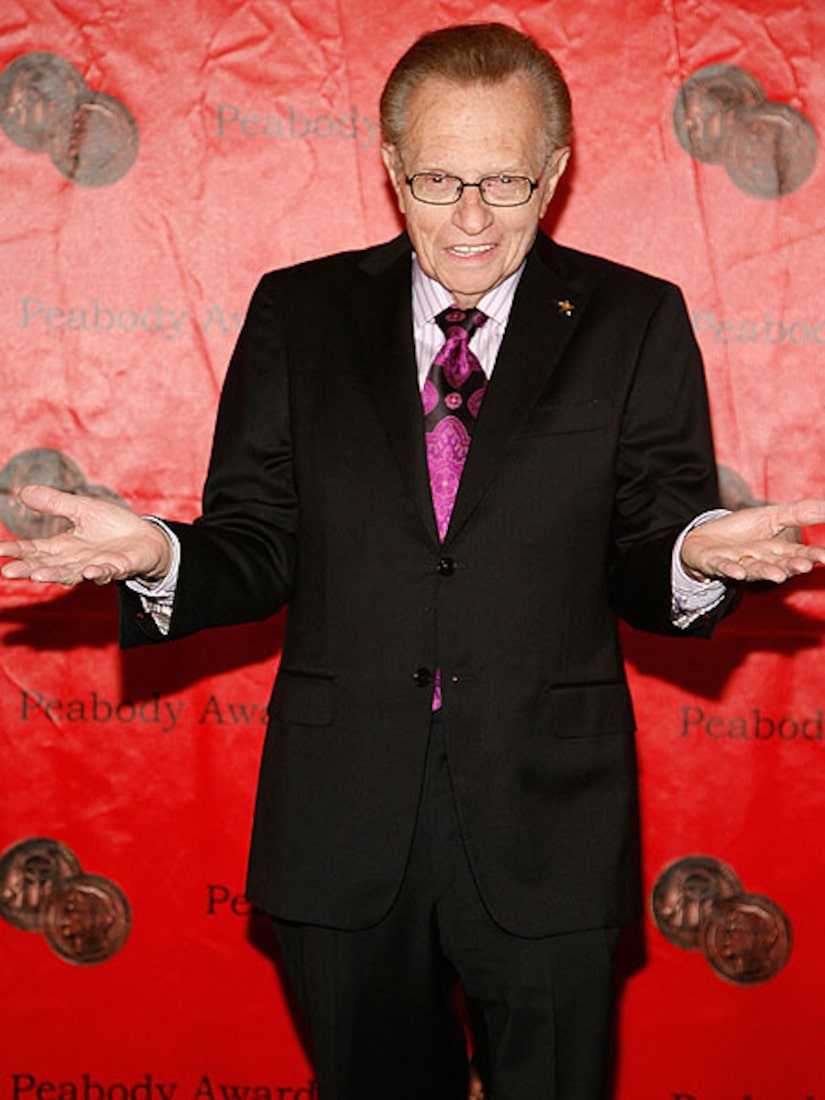 King was one of many high-profile celebrities who were involved in the Madoff Ponzi scheme. The former talk show host said, "I would say that we put in about $4 million, but we took out $3.3 million," leaving roughly $700K with Madoff.

At one point, King's wife, Shawn, suggested that they invest everything with Madoff, but King said, "We didn't. We stayed with our investment people, thank God." He added, "I should feel some bitterness, although I got my money back."

Unlike many others who invested a great deal of money with Madoff, King was fortunate to get his investment back, explaining, "We got $200,000 back from the Madoff estate, and we got $500,000 back from the government for taxes we paid on stock we never had. We got it back, but a lot of people sure didn't."

Penacoli also asked King why he thought Ruth Madoff was talking now. King replied, "I had lunch with Ruth's lawyer about a year ago and at that time there was no thought that she would ever do an interview like this. Of course, she's doing it to help the book her daughter-in-law has written about the other son's suicide. If you're going to sell a book, you're going go to the New York Times and "60 Minutes," so that's why I think she's come forward."

Is it a good idea for her to be speaking out? The former CNN host said, "I'm assuming that Ruth Madoff didn't know anything. Her lawyer swears to me from what he knows that she didn't know anything, and that's easy to understand. The guy is very successful and he comes home every night. But now nobody talks to her. She can't make beauty parlor appointments. Restaurants don't want to serve her. The name has become synonymous with everything bad. Why come forward? Why talk about it? I'm surprised."

Ultimately, though, King thinks the results will be positive... "In that you come forward and admit that you tried to kill yourself, that you didn't know anything. And one of your sons kills himself and you're living with this name. How can there be any other feeling but sadness for her? Unless there's always that group of people that will say she knew. She got $2 million, while that guy down the street lost money."