"Dancing with the Stars" hopeful J.R. Martinez is People's cover story this week, with the headline, "Triumph After Tragedy." 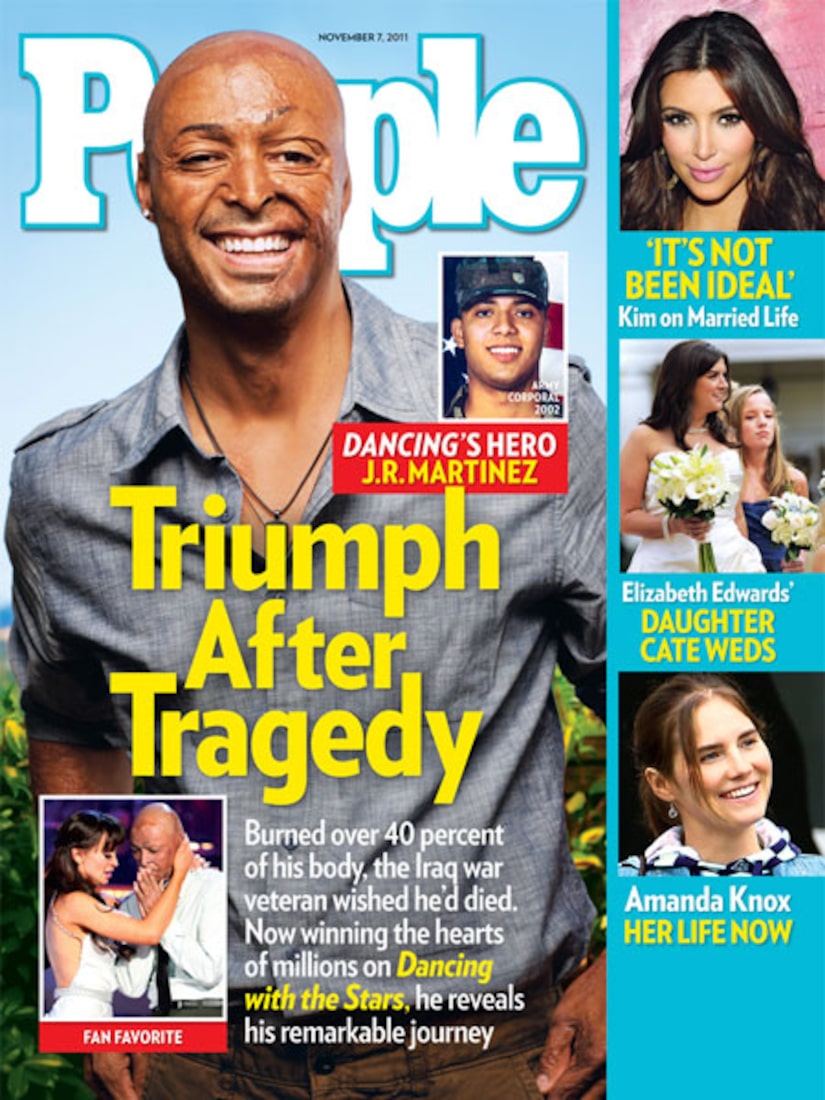 The Iraq war hero, 28, was burned in a 2003 explosion after his Humvee hit a land mine. Martinez tells the magazine, "I'm being blessed in so many ways, and it's because of the energy I'm putting out in the world."

The former "All My Children" soap star says if it weren't for the accident, "my life would not be what it is today: full of joy, happiness and positivity."

Forty-percent of J.R.'s body was burned in the explosion, and required multiple surgeries resulting in a difficult recovery, but his resilience and positive spirit are why fans are drawn to him on this season of "Dancing with the Stars," along with his terrific dancing.

"When you show people who you really are and you're genuine, you don't have to force positivity. I'm not your typical person walking down the street. I'm cool with being different."