After making headlines for losing 40 pounds, actor Jonah Hill headed to The Grove to talk about his new animated series, "Allen Gregory." The slimmed-down funnyman said, "I just started eating healthy and exercising... and that's about it." He added, "I wish there was some amazing book that had all the world's secrets, but unfortunately, it's just hard work." 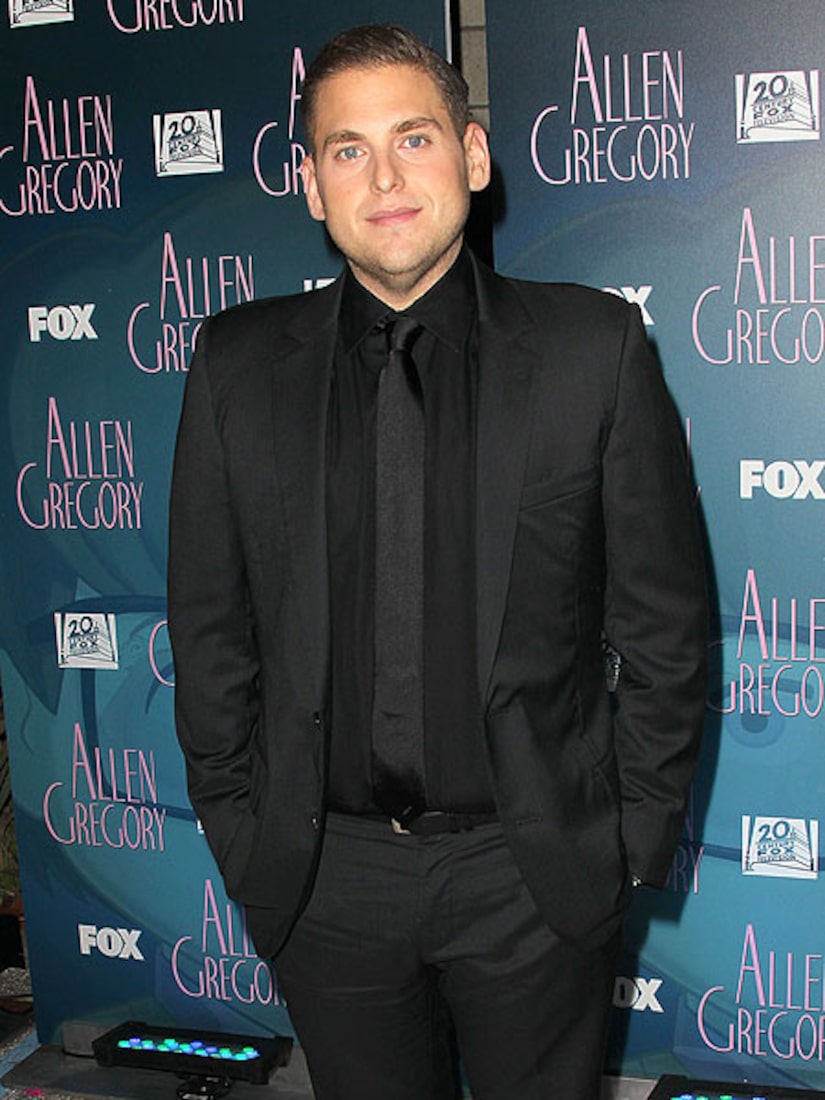 Hill, who voices a precocious 7-year-old named Allen Gregory DeLongpre, said the character is not mirrored after himself. Hill explained, "Allen Gregory is like the most arrogant kid to walk the face of the earth."

The half-hour show focuses on the self-proclaimed genius, who is being raised by his father Richard, and Jeremy -- his dad's life partner.

In addition to his role on "Allen Gregory," Hill has starred in "Moneyball," which is getting Oscar buzz, and is gearing up for his upcoming R-rated comedy, "The Sitter," slated for a December release.

When asked what it was like to work with Brad Pitt, he turned to the audience and replied, "It was great. He's here today! Wanna see him? I'm just kidding, he's not here."

"Allen Gregory" premieres Sunday at 8:30 PM, only on FOX.