Actress Lindsay Lohan is reportedly about to cash in on her notoriety with a Playboy spread. 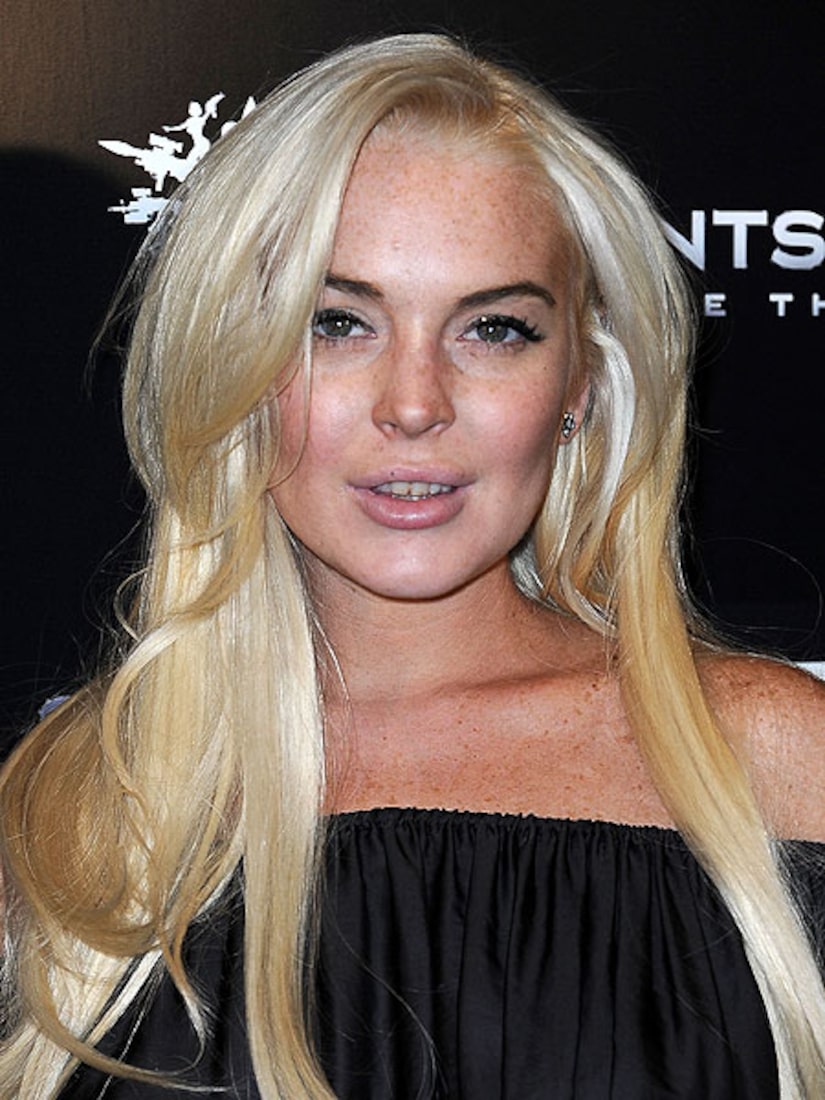 Lohan, fresh from her first community service at the L.A. County Morgue last week, recently participated in the Playboy photo shoot at a Beverly Hills mansion, according to TMZ.

She wanted a cool $1 million from the mag's magnate Hugh Hefner, but multiple reports say she settled in the $750,000 to $900,000 range. Still, no small chunk of change for the troubled former child star, whose legal bills have been steadily mounting.

Although Lindsay's rep told TMZ, "I can neither confirm or deny at this time," Lohan's mother, Dina Lohan, told X17Online.com, "The photo shoot went well."

The wayward starlet, 25, is due back in court on November 2 for a probation violation hearing, which may result in Lohan seeing some jail time.

Meanwhile, LiLo's father, Michael Lohan, was arrested Tuesday in Tampa, Florida on domestic violence charges after police said he grabbed his on-and-off girlfriend's arms and pushed her down multiple times during a daylong argument. Read the full story at Yahoo! News.