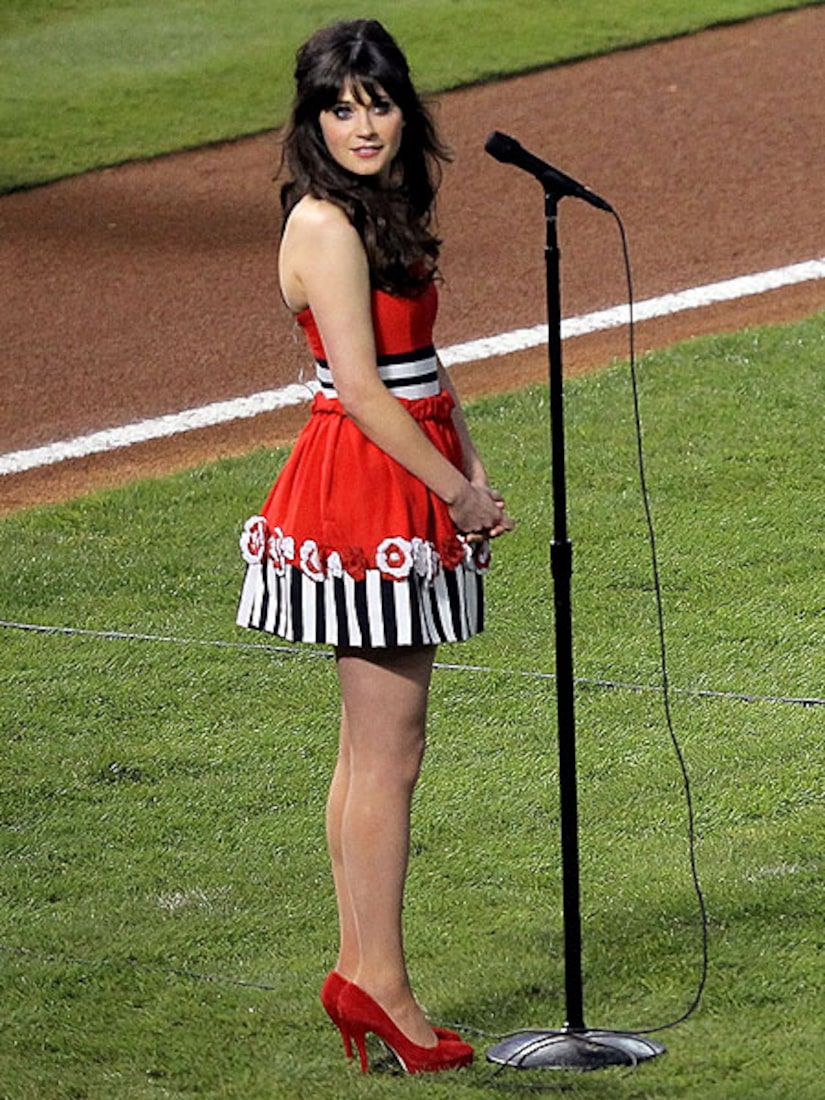 The talented Deschanel, lead singer for indie pop duo She & Him, performed in front of a packed stadium. Former President George W. Bush was also there to throw the first pitch.

The next singer to perform in the series will be Demi Lovato, who will sing the difficult song before Game 5 on Monday evening. She tweeted Friday, "Only my lovatics could land me a spot singing the national anthem at the WORLD SERIES!!!! I couldn't do it without you guys!!!!"