BFFs Ben Affleck and Matt Damon are teaming up for the first time since co-writing and co-starring in 1997's "Good Will Hunting," which earned them an Oscar for Best Screenplay. 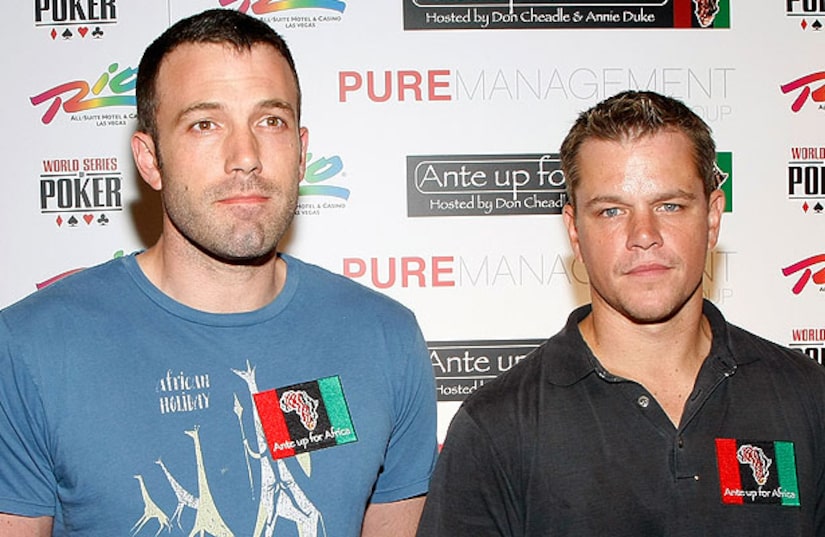 Set once again in their hometown of Boston, Damon will star as Whitey Bulger, the real-life South Boston crime boss who was recently arrested in California after eluding the FBI for years, EW.com reports. Bulger was the inspiration for Jack Nicholson's character in "The Departed," in which Damon played a mole in the Boston Police Department.

Terence Winter, creator and writer of HBO's "Boardwalk Empire," will write the script, which will focus on Bulger's troubled youth leading to his incarceration at Alcatraz, and through his rise to become one of the most powerful gangsters in America -- while secretly serving as an FBI informant.

Ben's brother, Casey Affleck, who co-starred in "Good Will Hunting" and co-wrote 2002′s "Gerry" with Damon, will also have an onscreen role.