Singer Mariah Carey and "America's Got Talent" host Nick Cannon revealed their six-month-old twins, Moroccan and Monroe, for the first time to Barbara Walters on "20/20." 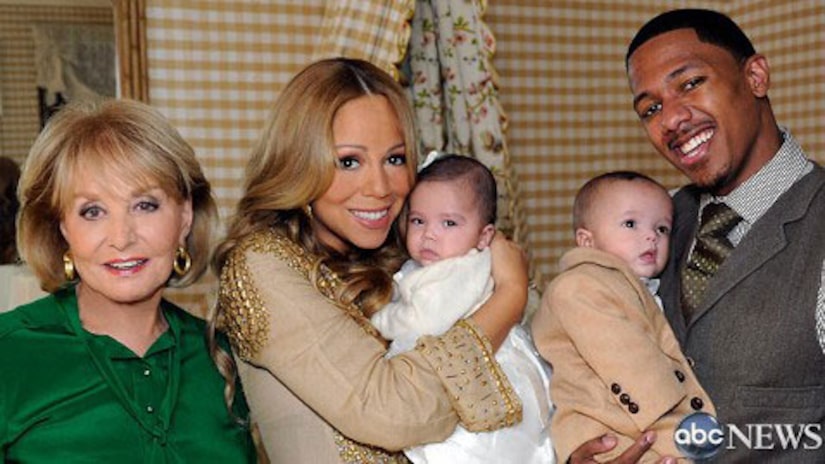 "I don't think I understood the enormity and the magnitude of what it really does to your body," Carey said. "Carrying two babies. Unless somebody's been through it, it's difficult to understand what I went through, because my pregnancy was very unique in terms of what happened to me."

Carey confessed she had long periods of bed rest, false labors and several emergency trips to the hospital. "I had serious back problems," she said. "I was afraid I wasn't going to be able to walk properly again. It was a huge strain."

Now, though, Cannon and Carey told Walters they could not be happier with their new family.

"My family gives me everything," Cannon said. "Unconditional love means...the world to me. I mean, it's completion." Carey added, "It's just love. It's a beautiful place to be."