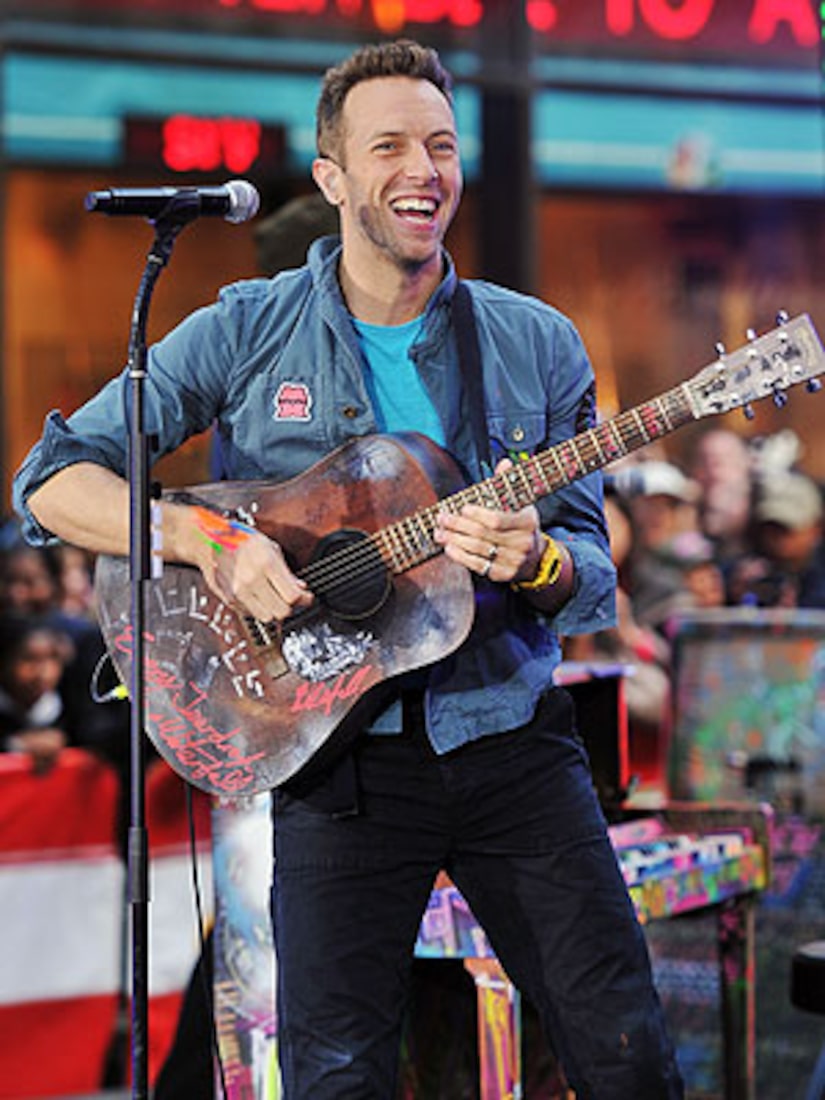 Coldplay frontman Chris Martin is proud of the band's latest album, "Mylo Xyloto," and says of the bizarre title, "We wanted to have something that didn't mean anything else. We made up 'Xyloto.' When we Googled it, nothing came up. Mylo Xyloto doesn't bring any meaning with it, so in that sense we're beginning with a clean slate. Together, the words will mean what we make them mean with this music."

Justin Timberlake and Jessica Biel Together at 'In Time' -- People