Rapper Soulja Boy was bailed out of jail Wednesday after being arrested on drug and weapons charges.

After his released from custody, Soulja Boy made a quick statement to fans and press waiting outside. "I'm innocent, man. I love you all. I just want y'all to know I'm innocent," according to MTV News. 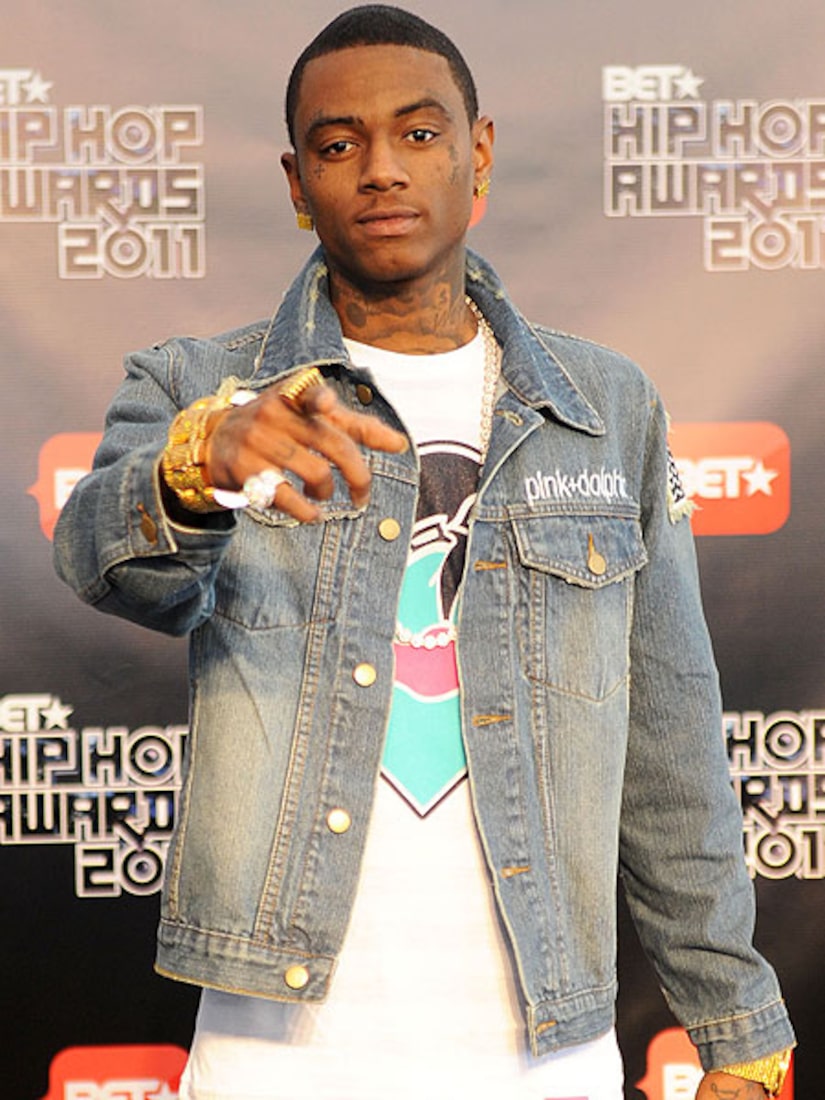 The 21-year-old hitmaker was arrested Tuesday after police pulled over the black Cadillac Escalade Soulja was riding in. After what police are calling a routine traffic stop, officers found marijuana, guns and $46,000 in cash in the SUV. All in his car were booked and charged with possession of marijuana, possession of marijuana with intent to distribute and possession of a firearm during the commission of a crime. Soulja later tweeted after his release, "Aye can I have a real n***a moment? My fans was DEEP AS F**K OUTSIDE THAT JAIL MAN IM SORRY!!! That's love!!!!!!!!!!!!!!!," The "Turn My Swag On" rapper also took time to promote his new documentary DVD, which hit stores Tuesday: "Goodnight. Much love go cop soulja boy the movie everywhere now thanks for your prayers."