At the premiere of "Margin Call" in NYC Monday night, a noticeably thinner Demi Moore arrived to the red carpet without Ashton Kutcher. 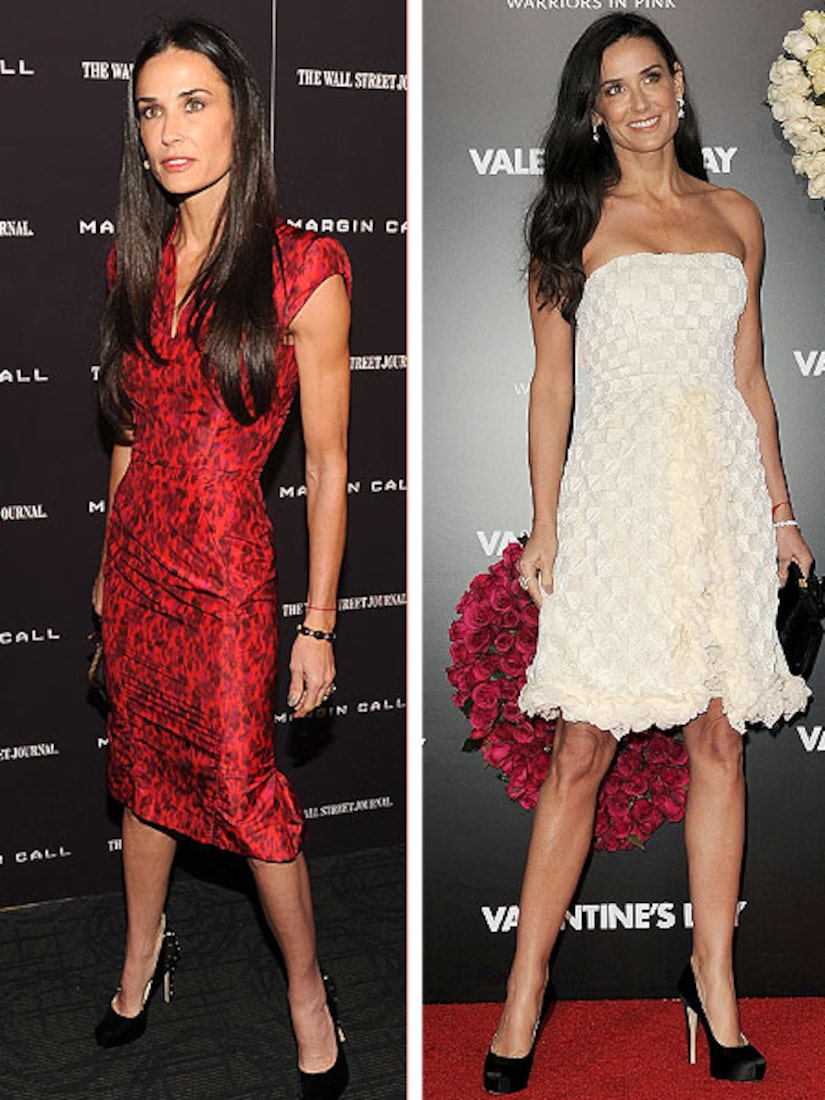 The cheating rumors and divorce stories appear to be taking a toll on the actress, 48, whose slimmed-down figure and skinny arms were visible in a form-fitting red dress. The once curvy star showed up to the premiere wearing her wedding ring.

Friends of Demi are reportedly worried about her disappearing waistline and bony figure, and "Lifechanger" host Dr. Drew Pinsky shared his views on Moore and Kutcher's troubled 6-year marriage, saying, "Both individuals have to do a lot of work with professional management, not Kabbalah care, [but instead] pros, therapists, professionals."

Ashton, 33, allegedly had a steamy one-night stand with 22-year-old blonde Sara Leal in a San Diego hotel last month. Leal has shared her side of the story, while Ashton and Demi have remained silent, but for some vague tweeting.