Former President Bill Clinton watched as Lady Gaga, who performed during the "A Decade of Difference" concert over the weekend, said, "If someone had told me so many years ago that I'd be doing that in front of you, I would not have believed them. I would have given them a good American f*** you."

The edgy singer serenaded the former President, who sat in the audience between his Secretary of State wife, Hillary Clinton, and daughter Chelsea. The event doubled as Clinton's belated birthday bash (his 65th birthday was August 19) and a charity concert benefiting his non-profit organization, The William J. Clinton Foundation, during a three-day event at the Hollywood Bowl.

Gaga danced provocatively, emerging in a blonde wig and fiery red lips in what the star called her "first, real Marilyn moment," and even changed the lyrics to a few of her songs, specifically to honor Mr. Clinton ("Caught in a Bill Romance"). 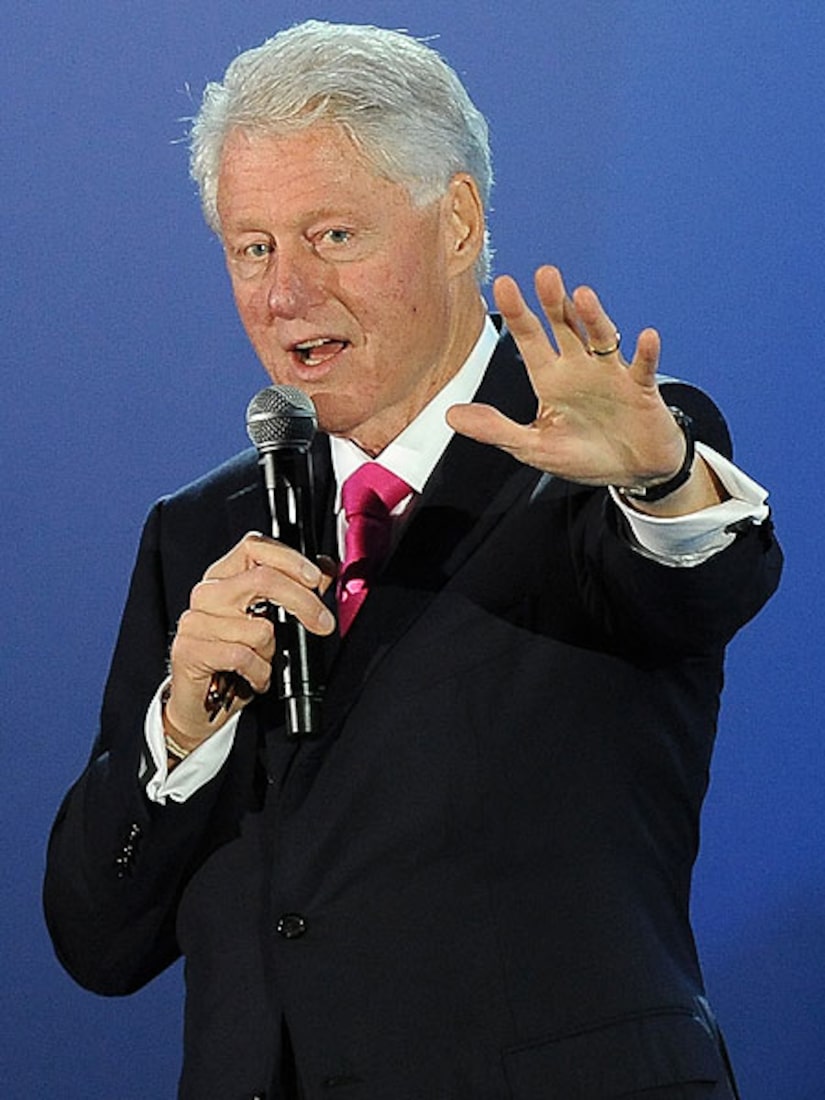 The 42nd president later said, "I thought, 'My God. I get Lady Gaga, and I will have a heart attack celebrating my 65th birthday.'"

Attending the event without Demi, Ashton Kutcher was there to spotlight his charity, DNA (Demi & Ashton) Foundation, whose goal is to end child sex slavery. Kutcher said, "My DNA Foundation launched an initiative, 'Real Men Don't Buy Girls,' in an effort to raise awareness and empower boys to join the fight against sex trafficking."

To find out more about the DNA Foundation, click here.

For more information on how you can support Pres. Clinton's charity, visit ClintonFoundation.org.