Demi Moore and Ashton Kutcher are reportedly continuing to work on their marriage amid rumors they may be splitting. 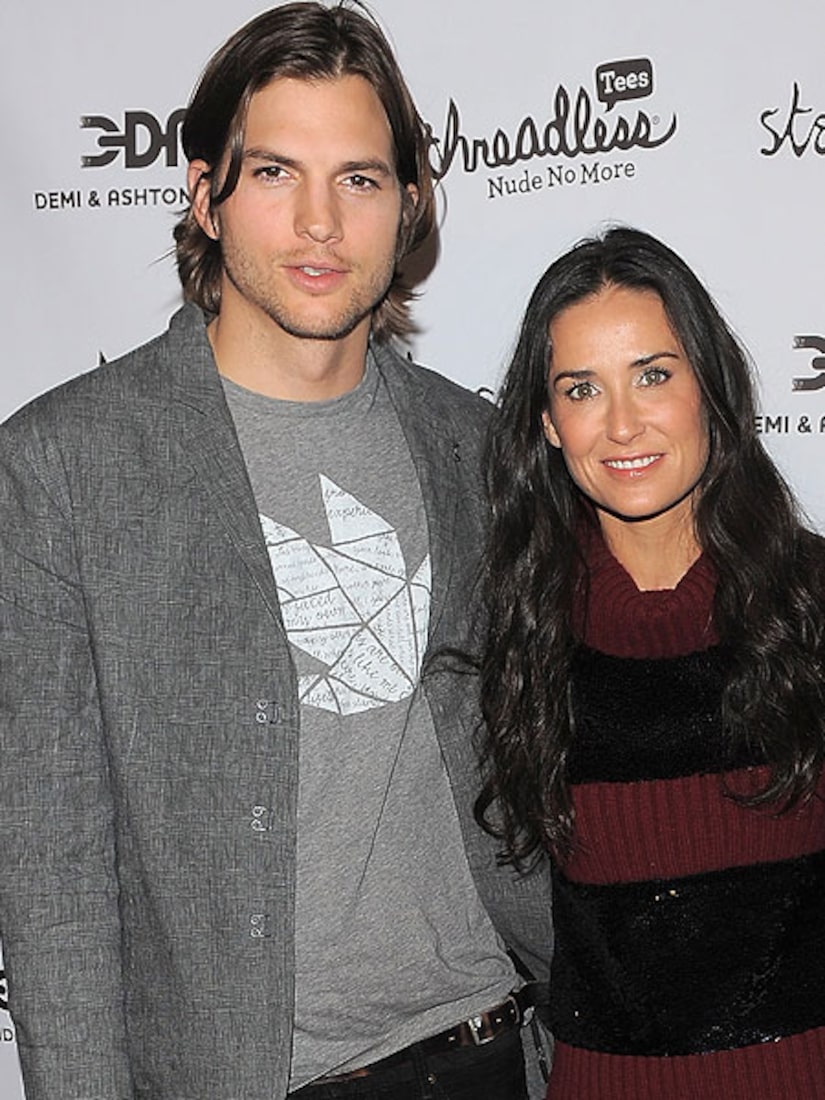 The two were seen meeting with a rabbi Saturday, going into a private, four-hour Kabbalah counseling session, X17 Online reports.

"The both looked nervous. Ashton was smoking and Demi was skinnier than ever," the X17Online photographer said. "It's sad, because it looks like she hasn't been eating."

The photographer added, "When they finally came out after four hours, they were both just totally serious -- no smiles, no talking -- they just got in the car and went straight home."

Photos! Demi Moore and Ashton Kutcher Through the Years!

A moving truck was spotted at Friday at the Moore/Kutcher residence.

The "Two and a Half Men" star allegedly had a one-night stand with Sara Leal during a weekend trip to San Diego.