After facing a tough year dealing with his wife's bipolar disorder and his own battle with cancer, an upbeat Michael Douglas told "Extra's" Jerry Penacoli, "I feel good! I've got a clean bill of health." 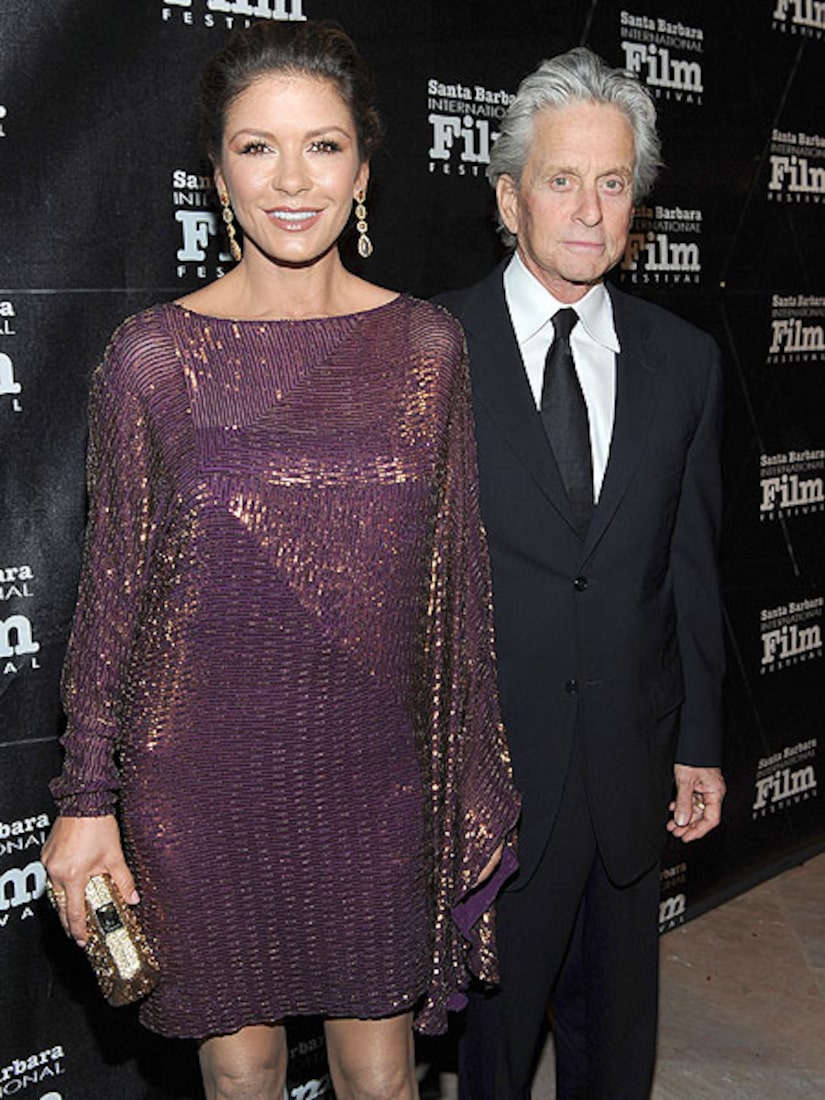 Michael, who still looks slimmer than before, said, "I'm putting it on slowly, gettin' back... still a few pounds light," and added, "Lean is good... lean photographs better."

The Hollywood duo, married for over a decade, have stuck together in good times and bad. When Jerry asked, "Do you ever get tired of waking up next to this woman?" the actor replied, "No. I never plan on it either."

Michael and Catherine were on the red carpet at the 2011 Santa Barbara Film Festival on Thursday, where Michael, 67, took to the stage to receive the Kirk Douglas Award for Excellence in Film, telling his wife, "You've made me a such a full and complete person. I love you very much."

Kirk's stunning daughter-in-law told Jerry, "'Falling Down' is one of my favorite [Michael Douglas] movies. Our kids are now watching 'Romancing the Stone' and 'Jewel of the Nile' -- the only ones our kids can actually see."

What Were the Stars Doing Last Night?

Michael's next project, "Liberace," involves Matt Damon, who plays his gay lover. When Penacoli asked if he and Matt had already choreographed how their love scenes will play out, Douglas smiled, "No, we're going to save that! Save that for the set."

Zeta-Jones, who just finished filming "Rock of Ages" with Tom Cruise, said, "Oh, that was terrific fun. I get to sing 'Hit Me with Your Best Shot' by Pat Benatar."

"Liberace" is will begin production next summer, and "Rock of Ages" will sing and dance into theaters next June.