Sara Leal, the woman who claims to have slept with actor Ashton Kutcher, is opening up for the first time, extending her 15 minutes of fame.

On the cover of UsWeekly, Leal detailed her night with the "Two and a Half Men" star, telling the mag he was a tender lover -- and how the two talked politics. 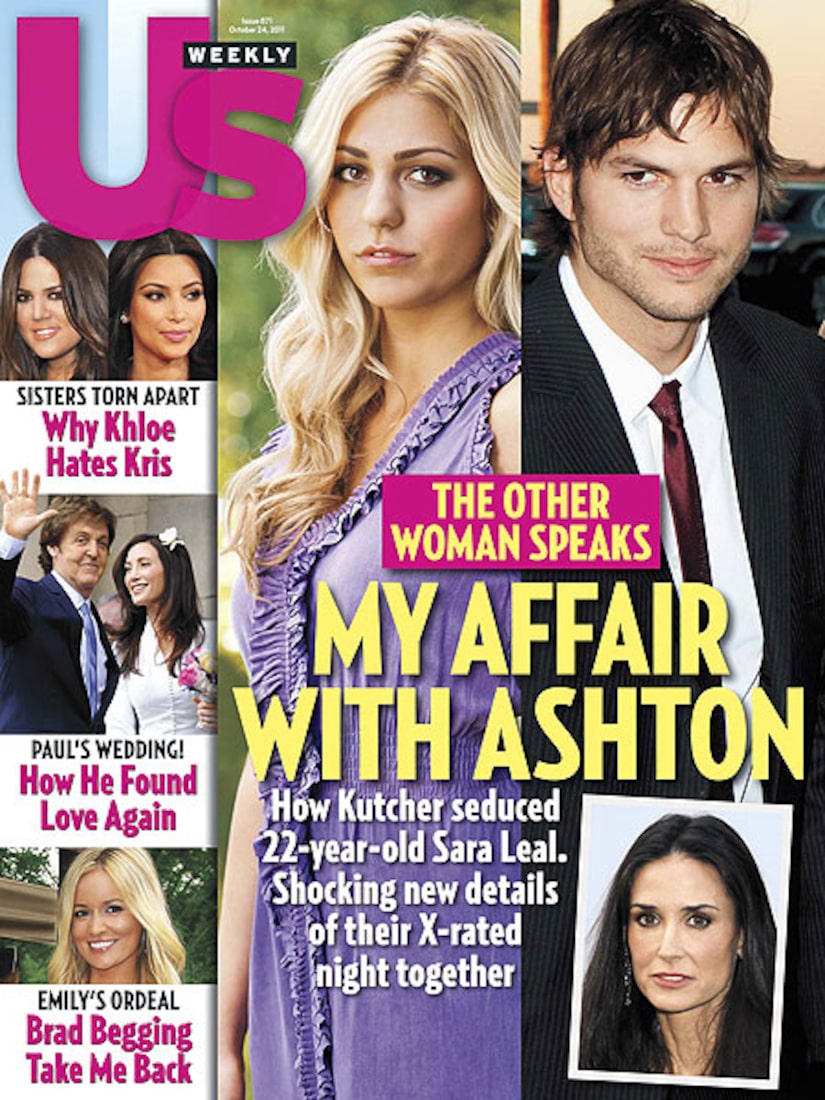 "He had his arm around me and he started asking me questions," said the party girl and administrative assistant. "I told him I was a Lutheran from Texas. He said 'Oh my gosh! Are you a Republican?'"

Photos! Ashton and Demi Through the Years

Kutcher and Moore have been seen together since then at Kabbalah services and on a camping weekend in Southern California, while reports say they are working on their marriage.

Neither Kutcher and Moore have commented on this story.