Lawyers for Dr. Conrad Murray, accused of involuntary manslaughter in the death of Michael Jackson, are abandoning the argument that the singer accidentally killed himself by orally ingesting propofol, reports TMZ. 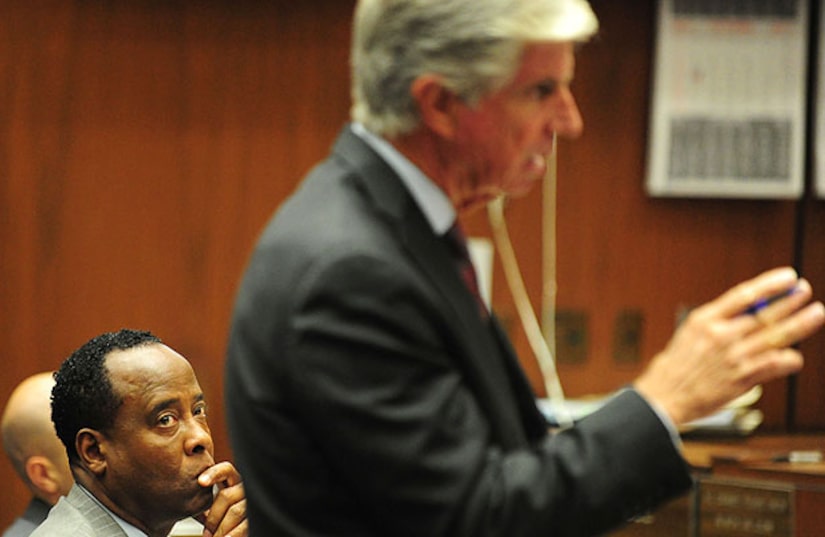 The defense said it will continue the argument that the King of Pop self-injected the drug after awakening and becoming frustrated by his lack of sleep.

Murray, who was bombarded by paparazzi last week, spoke out about his defense team when someone asked, "You think they're doing a good job?" The doc replied, "I think so."

As the prosecution winds down their case, new testimony was also heard from cardiologist Dr. Alon Steinberg, who explained how Murray deviated from general standards in his treatment of Jackson.

Read more on the police interrogation of Murray days after Jackson's death, played in the courtroom.

If convicted, Murray faces a four-year prison term and the revocation of his medical license.