The set of Brad Pitt's zombie flick, "World War Z," was raided by a team of Hungarian police and a SWAT team on Monday in Budapest. 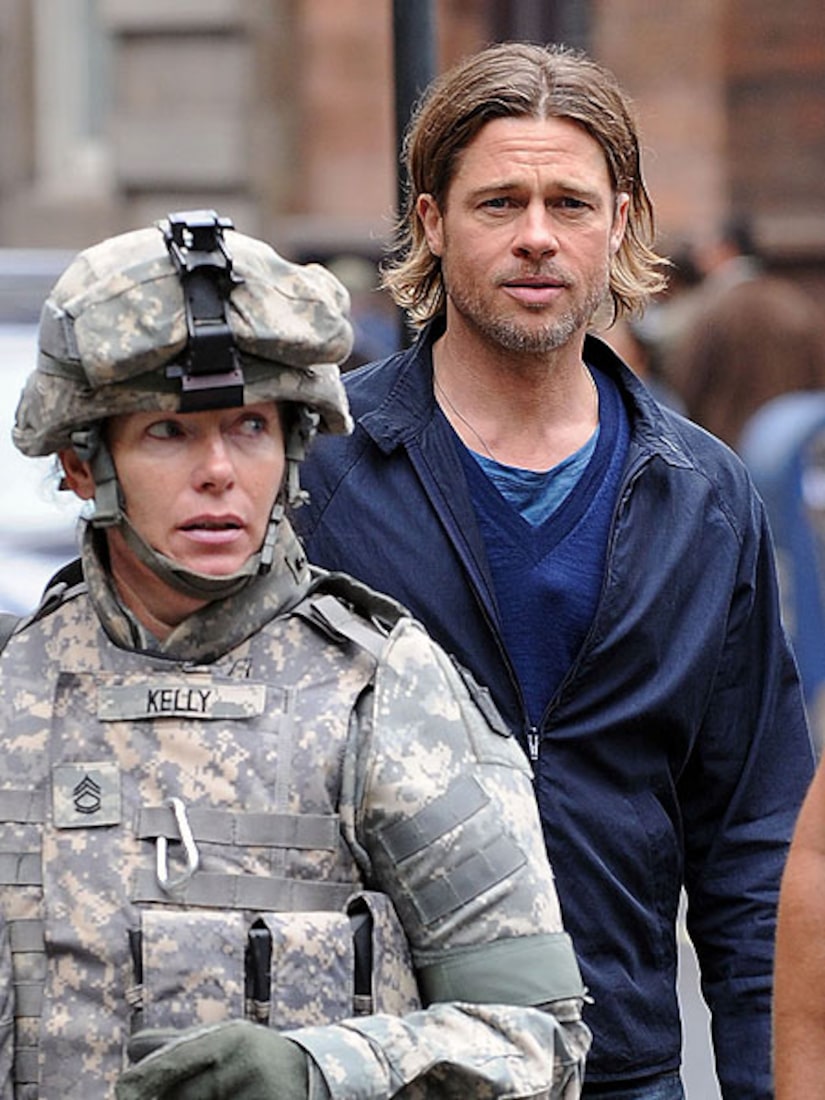 The SWAT team descended upon a warehouse where weapons were being stored, and seized 85 guns. The firearms, which were supposed to be nonfunctional prop guns, turned out to be fully working military-style assault rifles.

A source revealed to US Weekly that Brad's Plan B Entertainment production company -- which is producing the film for a Dec. 2012 release -- is not responsible for the mishap. "The movie company's employees must have made a mistake bringing in the guns in without the Anti-terrorism Unit's permission," said a source.

The director of Hungary's Anti-Terrorism Unit said in a statement: "This morning a private plane brought guns wrapped in parcel from a company to an individual [in Budapest]. Guns like these are highly illegal to transport even if they were to be used a stage guns, which hopefully they weren't."