Michael Jackson's children joined their family Saturday in the UK at a tribute concert for their late father.

Prince, 14, Paris, 13 and "Blanket," 9 appeared on stage at the "Michael Forever" concert briefly to address the crowd and at the end danced to "Don't Stop 'Til You Get Enough." 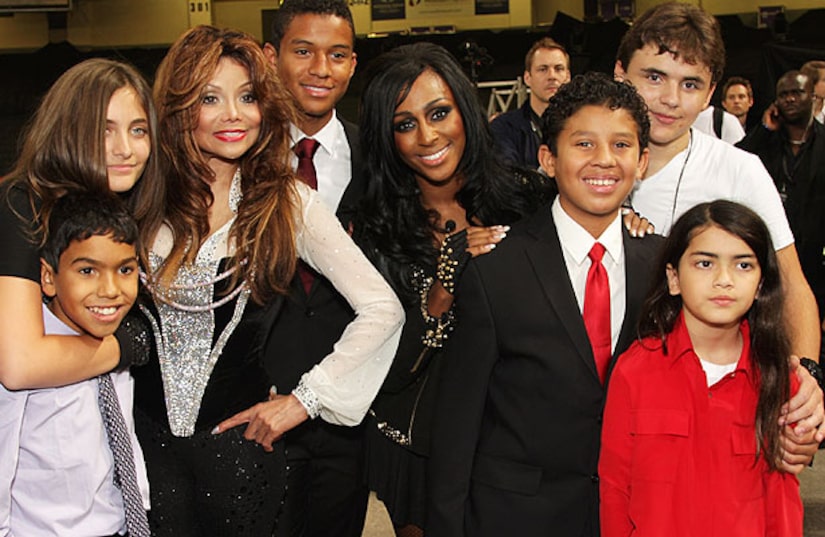 "We're very happy to be here on this special night to honor our father," said Paris, dressed in a red jacket similar to the one worn by Jackson in his groundbreaking "Thriller" music video.

The tribute in Cardiff, Wales, coincided with the involuntary manslaughter trial of the singer's doctor Conrad Murray which drew criticism from fans and other Jackson family members.

Brothers Jermaine and Randy boycotted the event, while sister Janet said it would be too painful to perform in Cardiff during the trial.

Jackson's mother Katherine, however, attended the event, as did sister LaToya, who performed. Older brother Marlon said it should be seen as a celebration of Jackson's music.

"They (the fans) have the right to (protest)," Marlon told Reuters backstage. "I think they have the right to do whatever they feel, but we're celebrating the positive side of our brother's life. We know our brother better than anybody else and he would love that we are doing this for him and remembering him in that way."