The prosecution in the involuntary manslaughter trial against Michael Jackson's doctor Conrad Murray will present one of their final pieces of evidence Friday, playing a taped police interview with Murray. 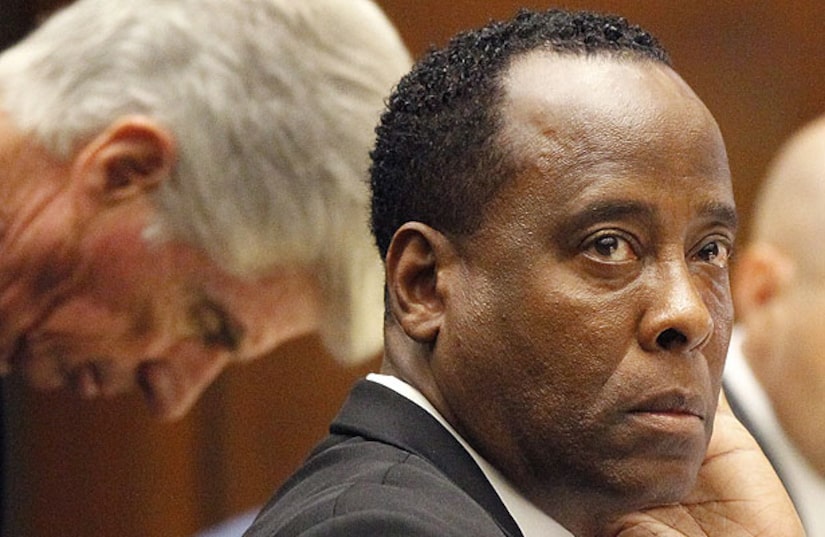 Scott Smith, one of the L.A. detectives who conducted the interview two days after Jackson's death, takes the stand to introduce the evidence to the jurors. The two-hour interview has never been played in public before, nor has a transcript of its contents been released.

In it, the Houston-based cardiologist, who was accompanied by an attorney, detailed his treatment of Jackson in the hours before the superstar's death.

Murray told detectives that he had been trying to wean Jackson off the powerful anesthetic propofol, because he was afraid he was addicted and had given the King of Pop other sedatives, including lorazepam and midazolam, to try helping Jackson to sleep.

"He's not able to sleep naturally," Murray told the detectives early in the interview.

Murray claimed other doctors had also given Jackson propofol, which the "Thriller" singer called his "milk."

The doctor also told police that he had only left Jackson alone for a couple minutes when he returned around 11:00 AM on June 25, 2009 to find the singer had stopped breathing.

Murray's attorneys have disputed this portion of the timeline and say the doctor returned to find Jackson unresponsive around noon. Defense attorneys contend Jackson gave himself the lethal dose after Murray left the room.

Murray has pleaded not guilty to involuntary manslaughter and faces up to four years behind bars and the loss of his medical license if convicted.