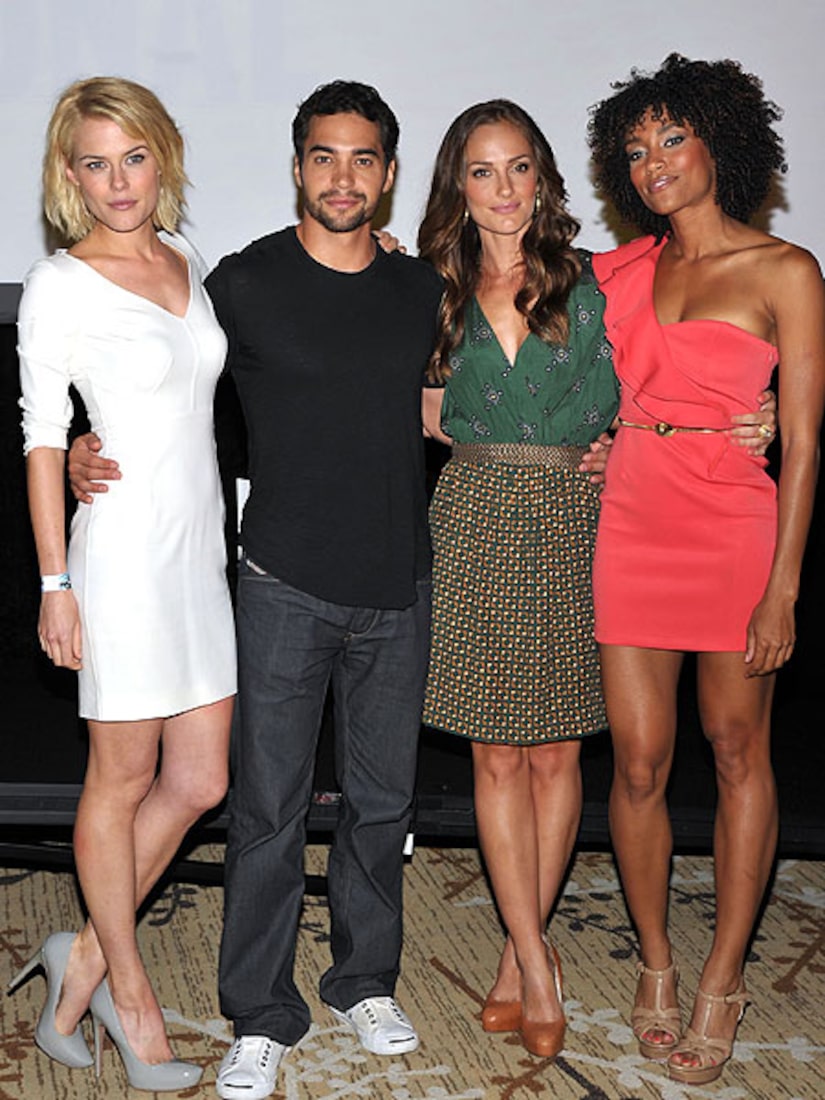 Ramon, 31, said his lucky break came when he received a phone call from a famous "angel." "I had a call from Drew Barrymore, who is our executive producer." (Drew starred in the movie versions of "Charlie's Angels" in 2000 and 2003.) The handsome star continued, "Yeah, like [I thought] this is a joke, [but] she got me to do it. I was in."

Rodriguez, who plays John Bosley, talked about his real-life angels, who "watch over me," revealing, "I have three sisters. They've been around my whole life."

Keeping it strictly professional, Ramon said he isn't romantically linked to any of the "Angels," which include gorgeous gals Minka Kelly, Rachael Taylor and Annie Ilonzeh. "No, not right now. I really do treat them as if they were my sisters."

In the latest episode, Ramon hints about a "great villain" who is involved with "producing a lot of drugs." See what happens on "Charlie's Angels," airing Thursdays on ABC.