The stars of the dance reboot "Footloose" joined "Extra's" Renee Bargh at The Grove to proclaim their love for the original. Kenny Wormald and Julianne Hough declared they are "huge fans," with Wormald saying, "If you grow up dancing and you don't see that movie, you're crazy!"

When Renee asked if they felt the pressure to live up to the original -- which was a massive hit -- Julianne replied, "I think it was more responsibility rather than pressure." Kenny, 27, laughed, "And we didn't want to piss off all the soccer moms, so we knew what we had to do."

The dancing duo will show off their moves on next week's "Dancing with the Stars." Kenny revealed, "We're gonna perform a little duet and maybe a part of 'Footloose' will come on. We can't give it all away, but it's gonna be pretty insane." 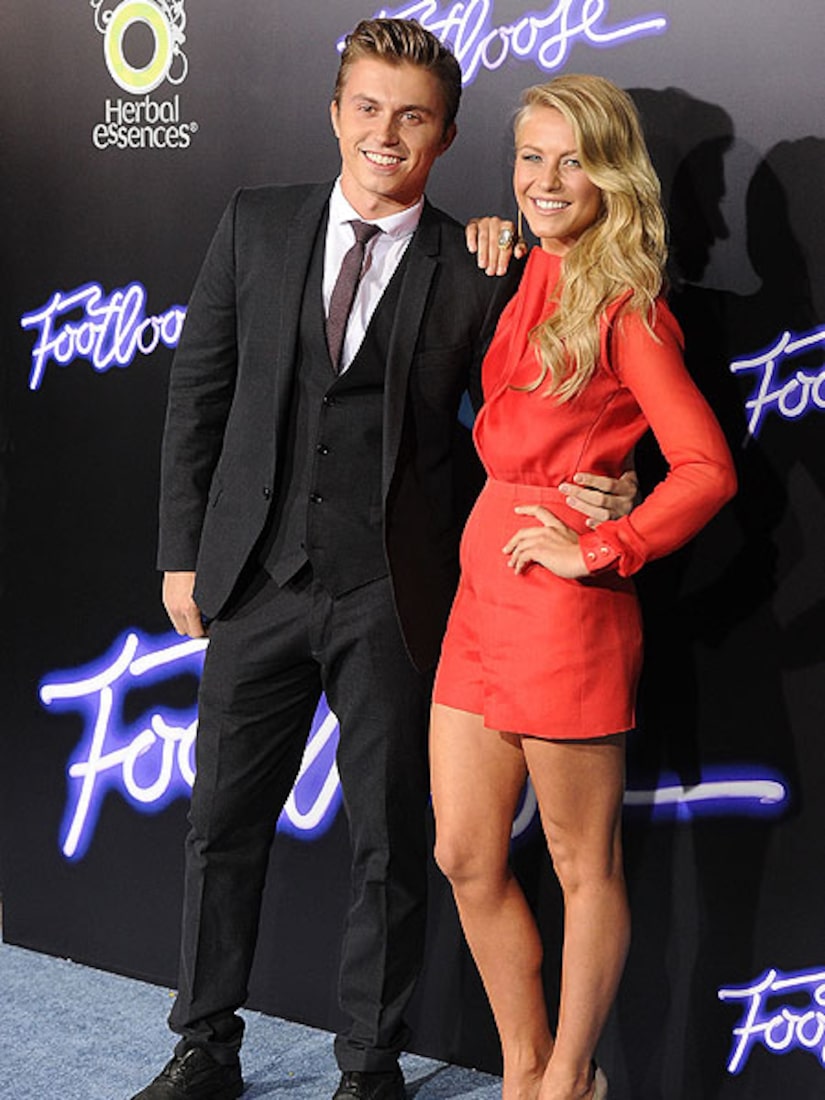 Miles called his dance experience mainly "social," saying he was able to prepare for the role with sticking to "the basics and then slowly building from there." The actor added proudly, "I consider myself professional quality."

Ziah Colon said her character (Rusty) is "spunky, smart, really cool, and cute." Colon, also a fan of the original film, said, "I had seen it various times over the years."

Move to the groove with "Footloose," waltzing into theaters Oct. 14.