While reports of marital trouble are still swirling around Ashton Kutcher and Demi Moore, the two were spotted together Friday morning at a Kabbalah service in L.A, according to X17Online. 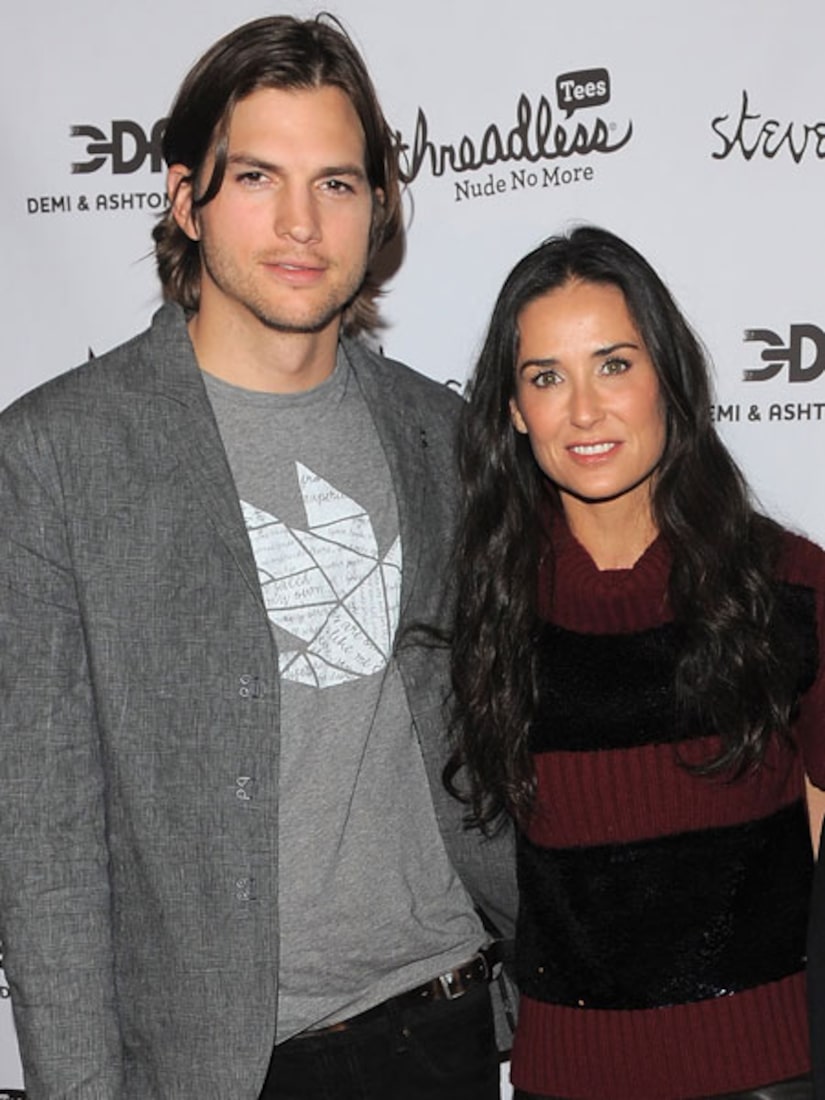 Both husband and wife were wearing their wedding bands as they made their way in to the Kabbalah Centre. The photographer said, "Demi and Ashton were really dressed up for today's service. While Ashton pulled up in their black Lexus, Demi exited out of a side door of the Kabbalah Centre and quickly jumped in the car. She clearly did not want to be photographed."

Kutcher, 33, allegedly slept with Sara Leal last weekend, and the 23-year-old blonde has lawyered up, and is reportedly trying to sell her story to cash in. According to various reports, Demi is fed up with Ashton's cheating and the two have been living apart for months.

Ashton's Blonde Looking to Cash In

Demi Moore recently returned from home from NYC, where she attended the premiere of Lifetime's "Five" with Jen Aniston and Alicia Keys.

The "Two and a Half Men" star and Moore have been married for six years.