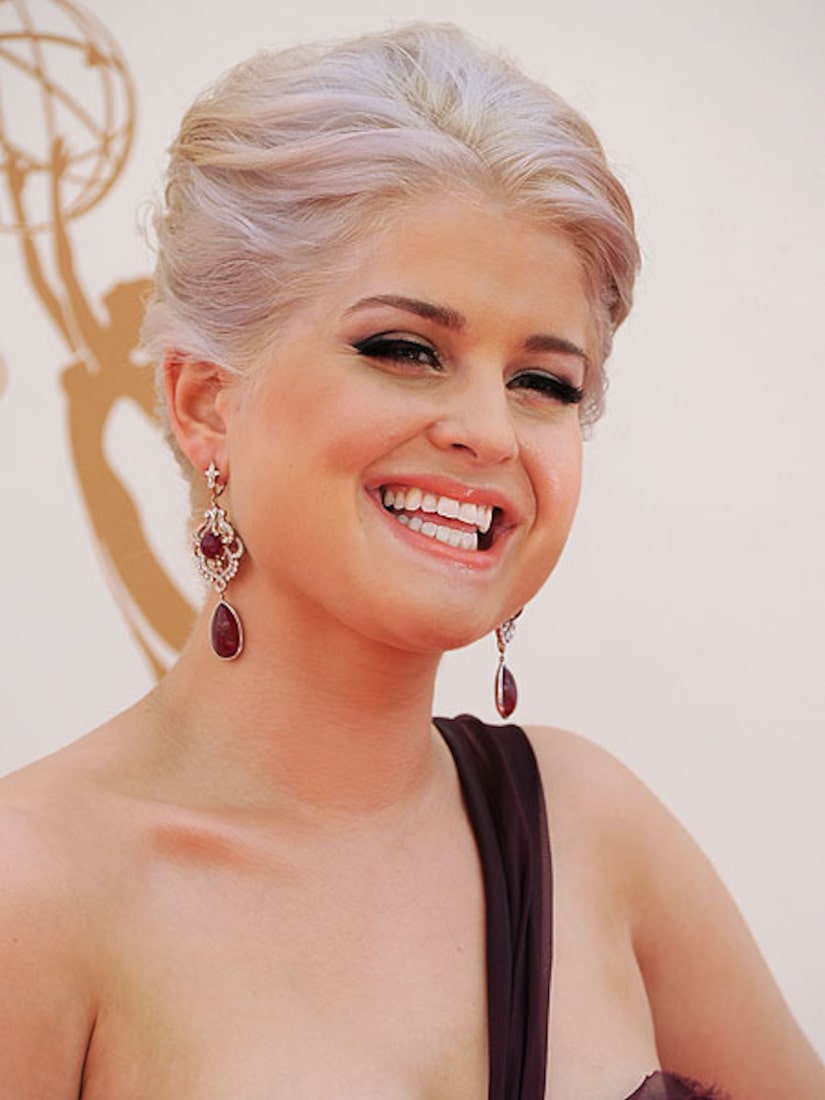 "I'm so happy for him!" gushed Kelly. "It's so lovely. I have to say this is the first girl he's ever introduced me to that I actually liked. It was like instant. I knew as soon I met her it was all over. They were going to end up together forever."

Kelly also wanted to talk about her new campaign in support of breast cancer awareness. "You know I've been affected by cancer in my family. To me, it's really important to raise as much awareness as I possibly can about it because it affected me do deeply."

She continued, "The whole month of October is dedicated to breast cancer awareness, and this year I'm working with the Hard Rock Hotel and their Pinktober campaign. They are doing all sorts of really cool stuff -- pink drinks, pink bed sheets. I get to go down and turn the lights on.

How can we get involved? "Go down to a Hard Rock now. It's getting into bed for a cause and even when you rent a hotel room there, a certain amount of the proceeds go toward breast cancer."

As a former "Dancing with the Stars" contestant, Osbourne also weighed in on the current cast. "I have so much respect for Chaz Bono, it is not even funny. He's unbelievable, the bravery. He's showing the world you can be whoever you want to be and that sends such a beautiful message."

Who does she think is the frontrunner? "Anybody that has Derek [Hough] as a partner is always a strong frontrunner and I'm a huge fan of Ricki's, so we'll see. It's hard. I know Rob, and I love David Arquette, we're good friends, so it's hard to pick. It's a tough competition this year."