Ashton Kutcher and Demi Moore may be going through more difficulties in their marriage, reports People.com. 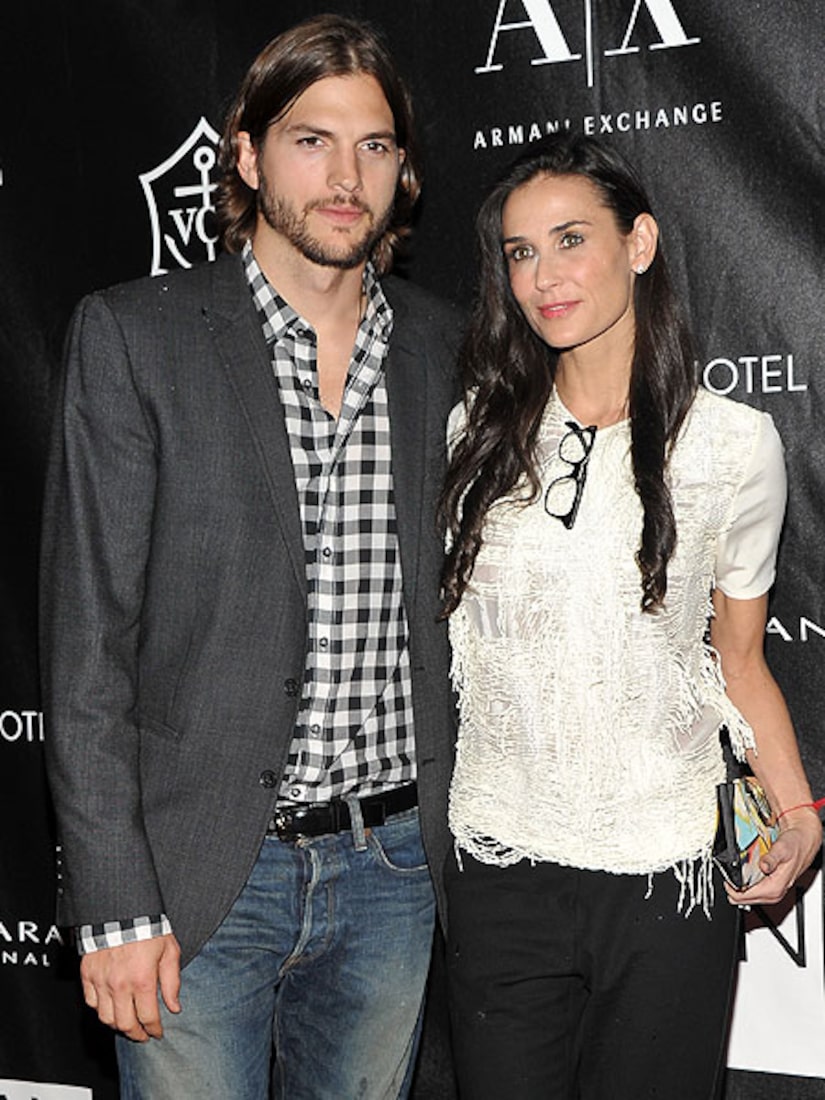 As tabloid rumors circulate about alleged Kutcher infidelities, Moore took a decidedly high road when she recently tweeted a quote from Greek philosopher Epictetus. "When we are offended at any man's fault, turn to yourself & study your own failings. Then you will forget your anger."

Ashton and Demi Through the Years

Work kept the two apart on their sixth wedding anniversary on September 24. Kutcher, 33, now filming "Two and a Half Men," was in San Diego partying with former "That '70s Show" pal Danny Masterson. Moore, 48, was in New York to promote "Five," the short film she directed as part of Lifetime's TV anthology.

Ashton and Demi, who began dating in 2003 and married in 2005, dealt with rumors of infidelity and marital trouble a year ago. At the time, they took a trip to Israel, which Ashton described as a spiritual journey.

UPDATE: In response to the breakup rumors, Ashton took to Twitter on Thursday and wrote, "Now Playing," with a link to Public Enemy's song, "Don't Believe the Hype."