George Clooney: director, producer, writer, actor, and of course, Hollywood's most famous bachelor, recently got hitched on a humorous foreign television commercial and said it would be the only way he will ever say "I do." "I think that's probably the best way... on TV," Clooney said to "Extra's" Renee Bargh. 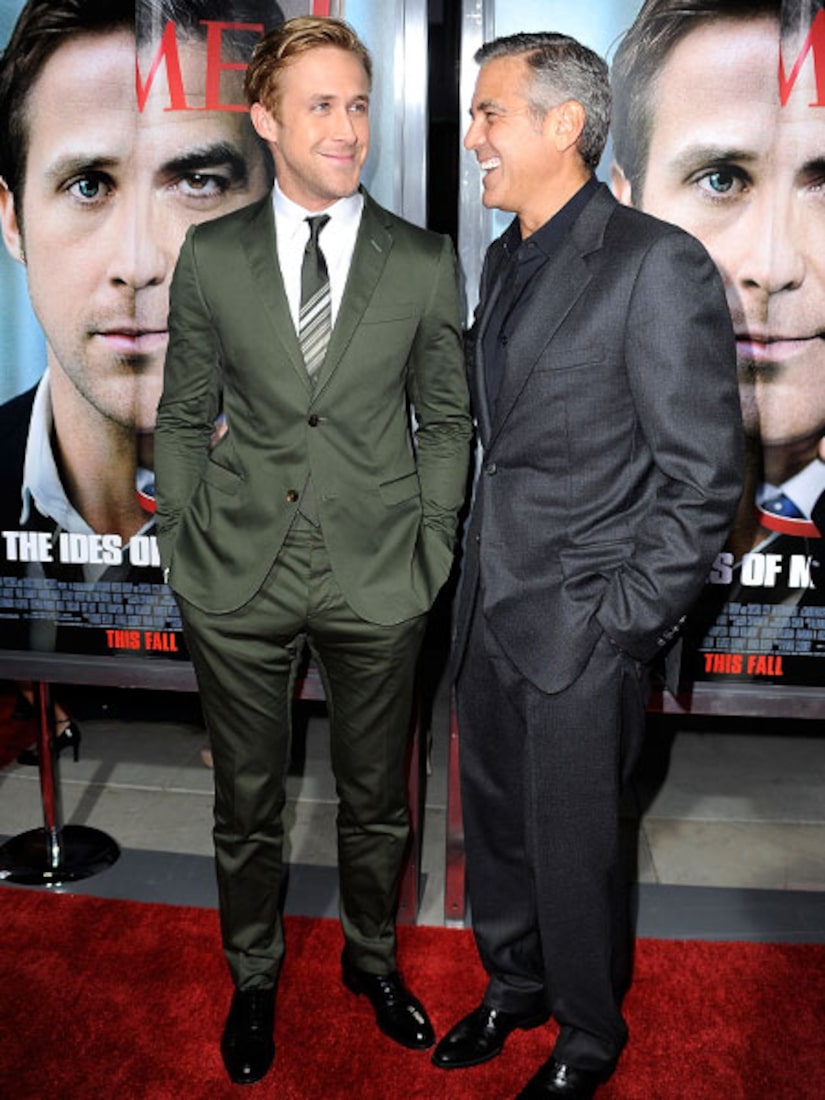 Clooney, who arrived to the premiere of his new political thriller, "The Ides of March," with girlfriend Stacy Keibler, revealed he was "surprised" about all the hoopla the ad generated, adding, "You know, I hadn't done it in a while... I thought I'd give it a shot."

Working triple duty as the star, writer and director of the movie, which features Hollywood's "it" man Ryan Gosling, George joked that the completed project (in response to Renee's comment, "You nurtured this baby, and now you're giving birth to it") has "already given me stretch marks."

When asked what it was like having Clooney as director, Gosling answered, "At any given time he was the writer or the director or the producer... uh, the star. He still has satellites over Darfur that he's navigating on his phone," adding, "He's got practical jokes in the works."

The film, which debuted and was well-received in Venice, deals with a dirty political scandal, involving both Clooney and Gosling's characters. When Bargh pointed out the film could generate some Oscar buzz, along with George's pal Brad Pitt's "Moneyball," the jokester dished, "I'm gonna do whatever I can to spoil things for Brad. I'm already working on a little something for him. Oh yeah."

"The Ides of March" trails into theaters Oct. 7.