Making headlines for the gun-toting violence depicted in her "Criminal" video filmed in London, Britney Spears is once again the subject of controversy due to the widespread UK riots that occurred last month. 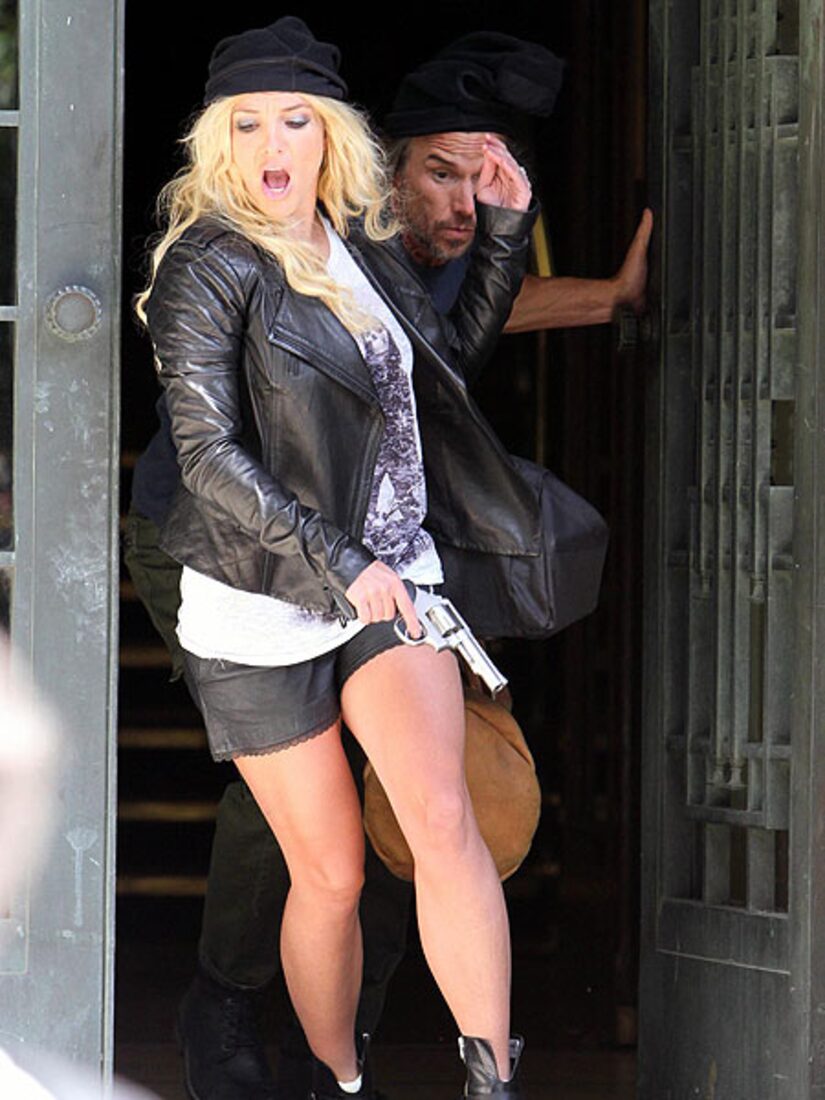 Spears' camp released a statement which read: "The video is a fantasy story featuring Britney's boyfriend Jason Trawick, which literally plays out the lyrics of a song written three years before the riots ever happened."

Brit's Not Gettin' Hitched, Y'all

In the video, Britney packs a pistol as she flees a building in London after she and Trawick are involved in an apparent robbery. The particular scene that caused criticism was filmed in the London neighborhood of Hackney, which was devastated by the August riots.

Local politicians felt the pop star was insensitive to the riots, with Parliamentarian Diane Abbott saying, "It is only a music video, but it's images like this, with pop stars glamorizing gangs, which means that some young people... get drawn in. Britney should really know better."

In early August, several London boroughs endured rioting, looting and arson due to the fatal shooting of Mark Duggan by police. As a result of the riots, five people died and damages to the cities totaled an estimated $300 million.