A remarkably youthful Heather Locklear celebrated her 50th birthday this past weekend, proving that age really is just a number, as she sported a tiny bikini in Hawaii with fiancé Jack Wagner. 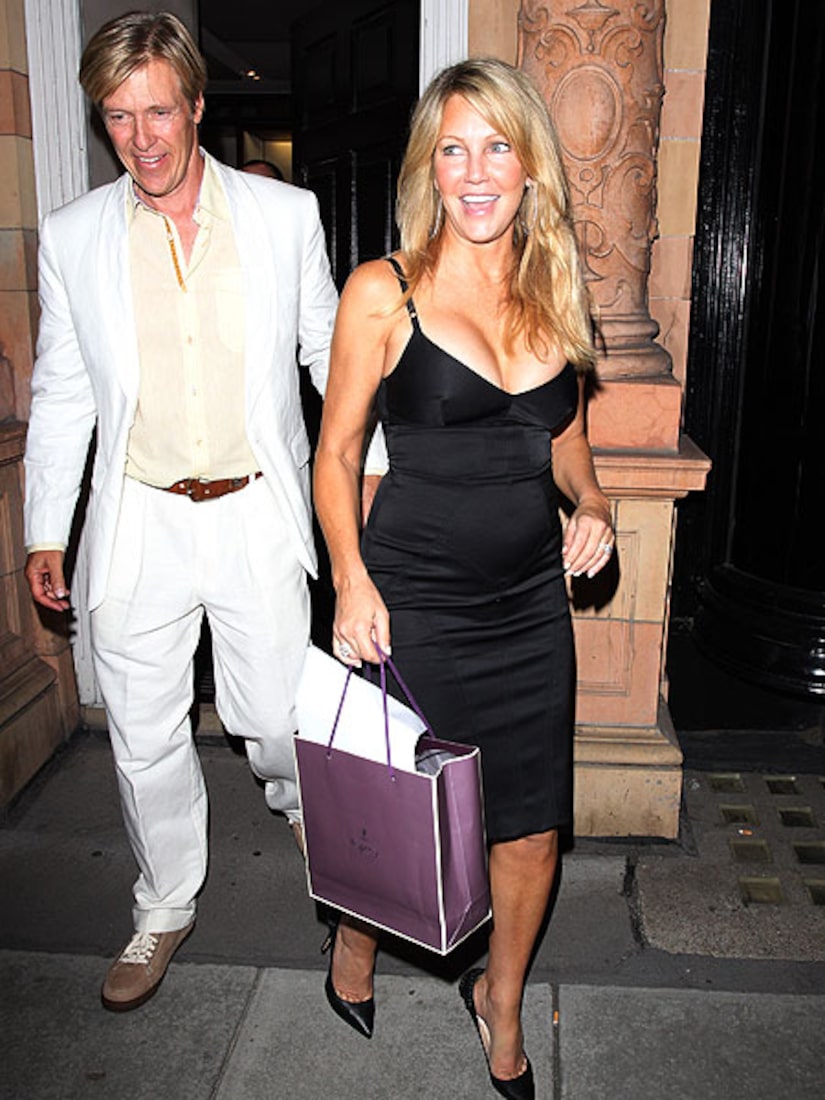 Locklear wore a polka-dotted two-piece, showing off her toned body while taking a romantic stroll down the beach with Wagner. The two, who first played on-screen lovers seventeen years ago on "Melrose Place," announced their real-life engagement last August after four years together.

According to reports, the two are considering starring in their own reality show, which would document their lives, along with their kids -- including Heather's daughter Ava (with ex Richie Sambora) and Jack's two sons from a previous marriage. The actress, who takes her work seriously, is said to be unsure of making the move to reality TV.

While no date has been set for the wedding, it will be Locklear's third time down the aisle and Wagner's second marriage to a TV co-star. His first wife, Kristina Wagner, played Felicia on "General Hospital."

Locklear underwent treatment for anxiety and depression in 2008, and had several highly publicized car accidents in 2009 and 2010. She is a six-time Golden Globe winner for her work in "Melrose Place" and "Spin City."