It was a glitzy, star-studded evening at the premiere of Lifetime's "Five" in New York City with Jennifer Aniston, Demi Moore, and Alicia Keys lighting up the red carpet. 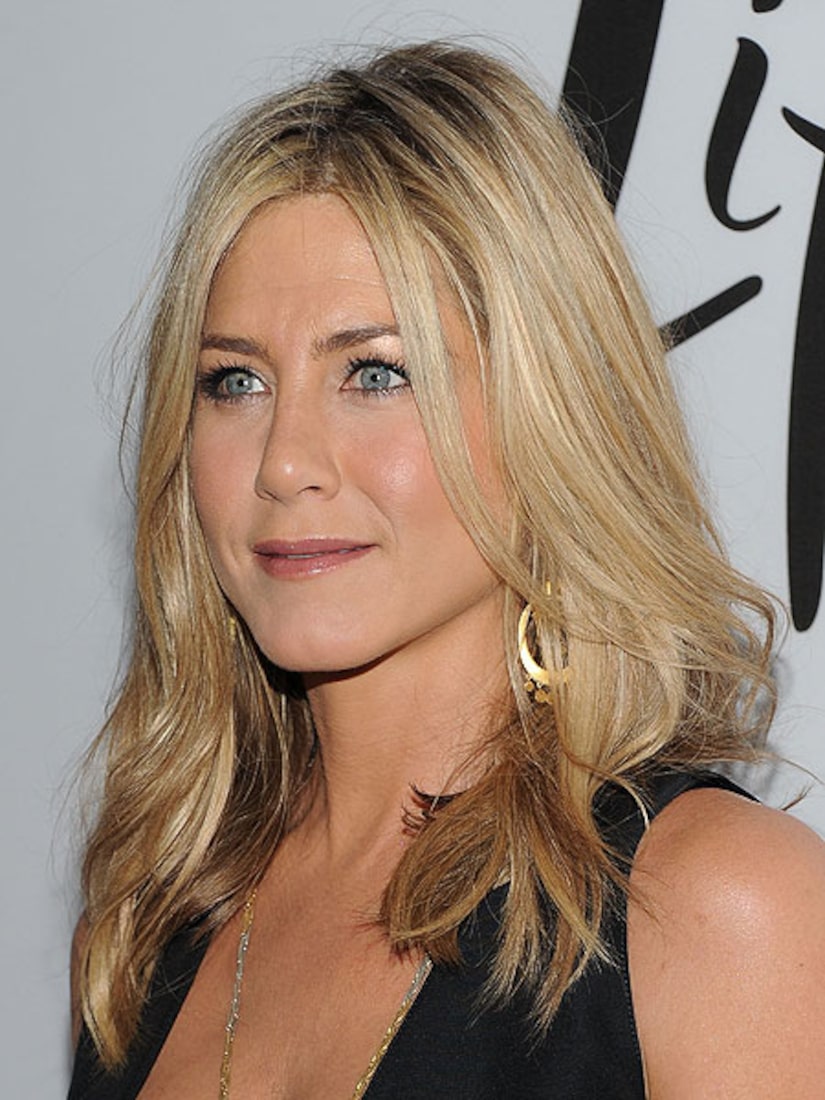 Aniston, who directed one of the five short films for the project, said that although she "loves" Manhattan, "we'll never move permanently... but it's always nice to have a place to lay my head when I'm working here."

The generous actress recently made headlines when she named the winning bidder at Christie's high-profile "Artists for Haiti" auction in NYC on Thursday, dropping $450K on artist Glenn Ligon's "Stranger #44" painting.

Pitt Stops Lauer from Quoting Him on Aniston: "Please Don't Read It"

"Five" deals with the impact of breast cancer on people's lives, and Jen hopes the film will help women be more "aware and take the fear out of early detection and just getting Alicia Keys expressed her excitement over the movie, saying, "I am over the moon! This is my directorial debut and it will not be the last because I am in love."

Actress Demi Moore became involved because "it's important as women that we come together to share this message, which is really about supporting each other and ourselves."