After tearing up the stage, J.Lo, who changed outfits, spoke to "Extra's" Mario Lopez, who commented, "This is not what you were getting down in a minute ago!" Jennifer replied, "No, no, no... I had a little fringe action going on." 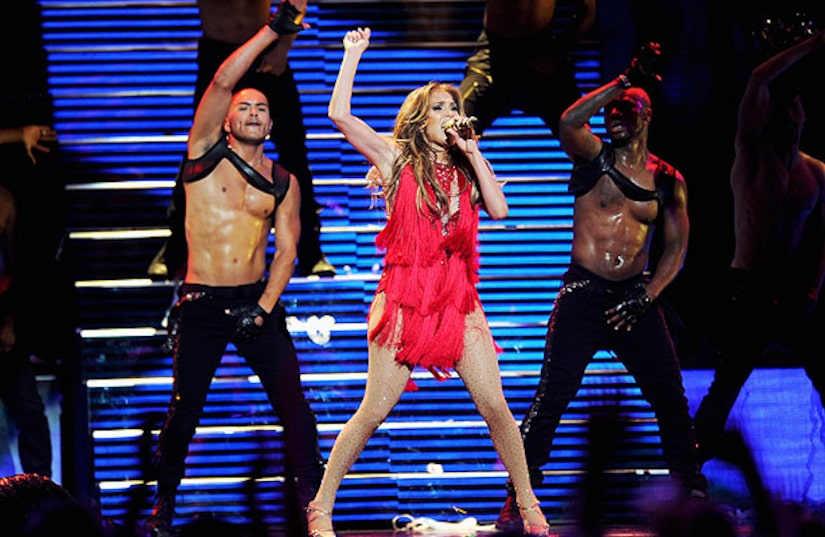 The singer mentioned her kids Emme and Max were backstage, adding, "The babies are great! They were here tonight, one of them was dancing and one of them was like, ugh!"

"Extra" Raw Exclusive: Backstage at iHeart with All the Stars!

During the interview, J.Lo spotted some pals -- "American Idol" co-stars, Randy Jackson and Steven Tyler -- and shouted, "It's the whole gang!"

J.Lo's Fabulous Looks Through the Years!

Following the concert, Lopez partied with her entourage at Pure Nightclub inside Caesars Palace. Making her way through the packed house, the actress kicked off the party with a champagne toast before showing off some moves with her backup dancers. According to People, one dancer took off his shirt and gave a smiling Lopez a lap dance. 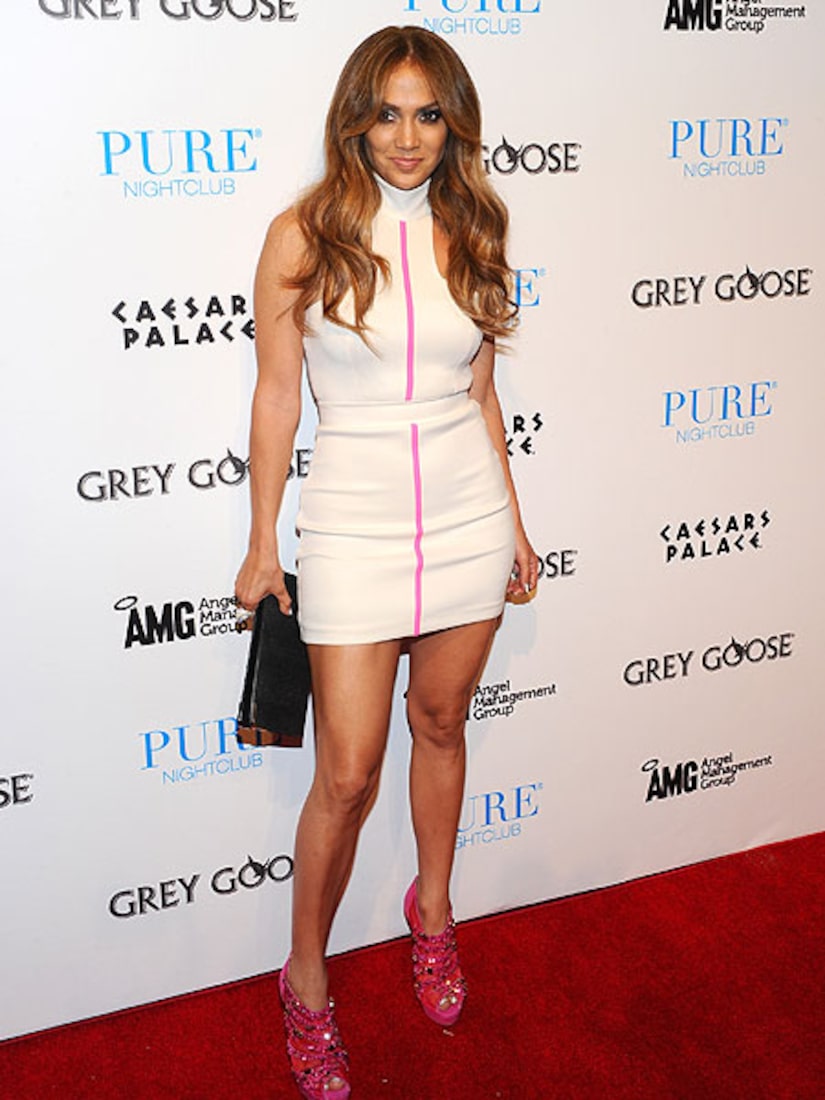 Later that evening, Jennifer was presented with a plaque for reaching 3 million downloads with her single "On the Floor."