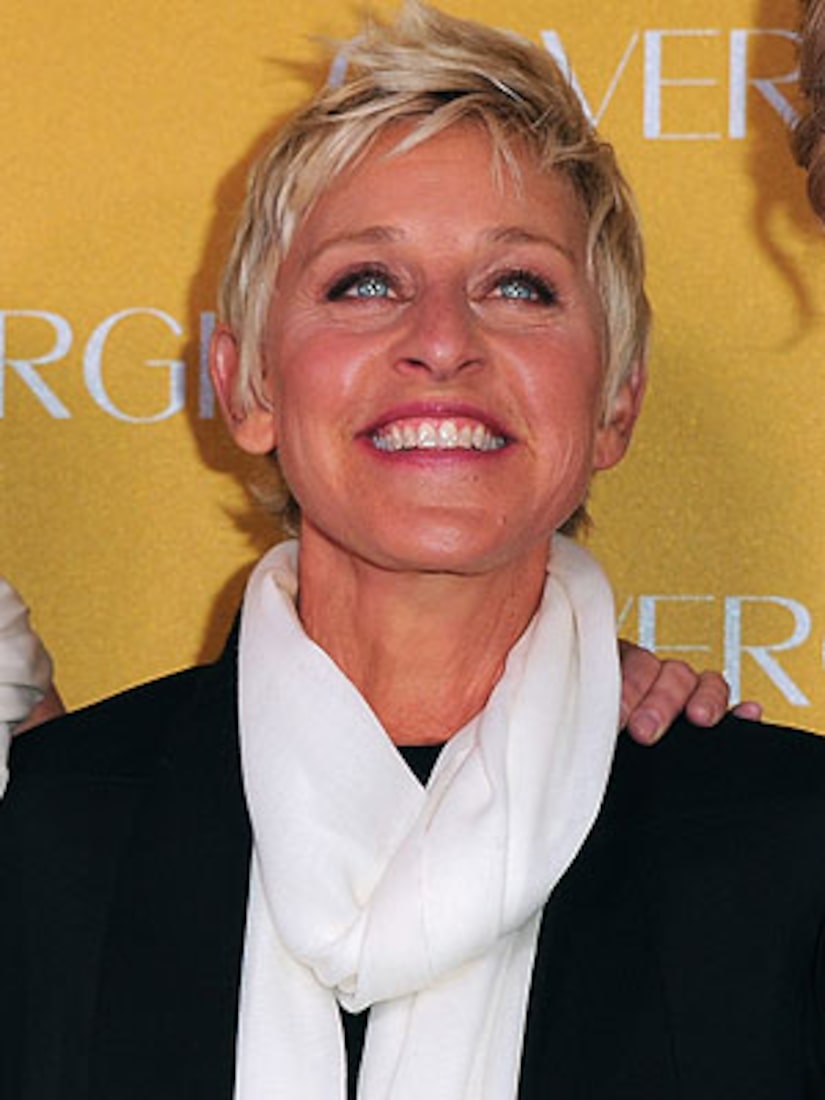 Want to know what really happened when paramedics were called to "The Ellen DeGeneres Show" studios Monday? The host herself explains...

Ellen continued, "I woke up in the middle of the night. I was feeling like a tightness of my chest and all the scary things... like something was heavy on my chest and it was a cat so I moved it. I still felt the tightness and heaviness so there was another cat under that cat. There were two cats on my chest. Then I got to work and it was still happening. I was still feeling the pains. So I was like, ya know, I should check this out. It's better to be safe than sorry. Who doesn't want to see a fireman occasionally?"

"...We called the paramedics here on the Warner Bros. lot and about 50 trucks and ambulances, like one marching band short of a parade showed up outside of my office. Then they come in with an axe. Break the door down. It was open. I don't know why they did that. They came in, they asked me all the questions; how are you feeling? When did it start? Family history? Can I get tickets to the '12 Days?' All the questions that they would ask, but everything is fine. I don't know what it is, but it's fine."

"I have a baboon heart that I had put in earlier... it's not true. But I want to say thank you to all the paramedics and the nurses who showed up and everybody and TMZ for caring so much... I appreciate it. Thank you."

This episode of "The Ellen DeGeneres Show" airs Tuesday, September 27.