Charlie Sheen made a surprise appearance on the red carpet at the Nokia Theatre in L.A. for the premiere of brother Emilio Estevez's new film, "The Way." 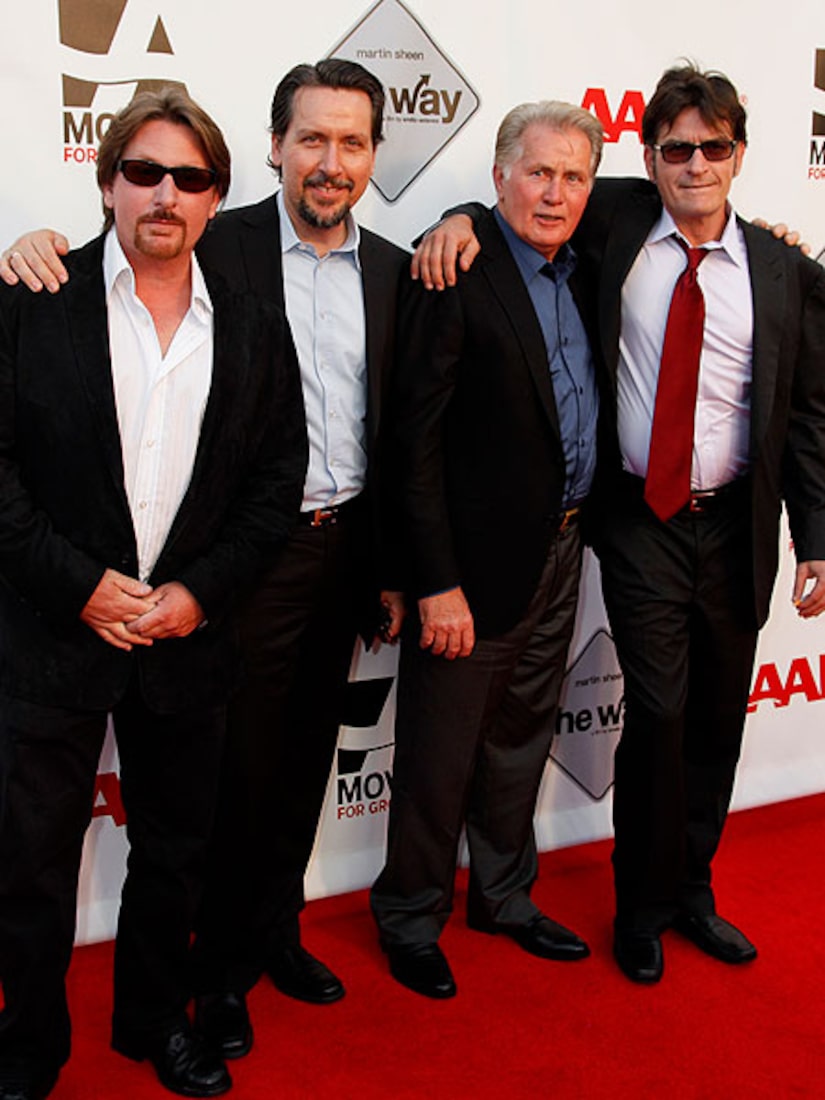 Sheen, who reunited with brothers Emilio and Ramon and their father Martin Sheen, supported his brother's project and was "mellow and low-key" during the event, according to the NY Post.

Charlie, who recently congratulated the cast of "Two and a Half Men" during an Emmy appearance, smiled and posed for photos on the red carpet with his arm over his dad's shoulder.

During Sheen's tumultuous year of alleged drug abuse and family troubles, Martin revealed to the UK's Telegraph that Charlie's "not a kid, [but] emotionally, he still is -- because when you're addicted, you don't grow emotionally. So when you get clean and sober, you're starting at the moment you started using drugs or alcohol -- you're emotionally crippled."

Emilio also told the publication that although Charlie and his siblings grew up with the same set of rules, Charlie went down a different path. "It really gives credence to this theory that it is genetic, and that sometimes it skips either a generation or siblings. My mother doesn't drink. My other brother hasn't had a drink in over 10 years, my dad hasn't had a drink in 20. And I make wine."