John Travolta, star of the "Gotti" biopic, flew from L.A. to Queens to receive a blessing from the widow of the Gambino crime family, Victoria Gotti, according to the NY Post. 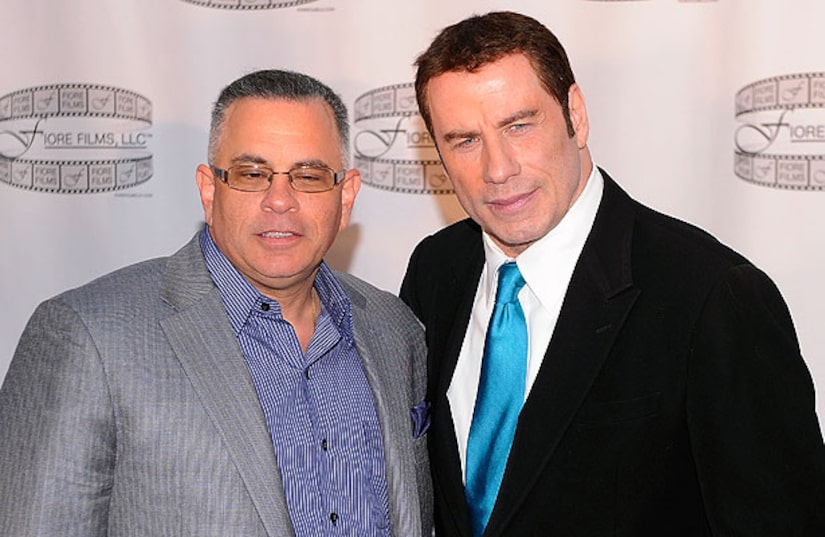 The face-to-face meeting occurred at the Howard Beach home of Victoria and her late mob boss husband, along with John "Junior" Gotti and other key players involved with the film. "The Expendables" star arrived to the home at 4:30 PM with a gold gift bag for his meeting with the mob matriarch.

Staying true to wiseguy form, Travolta emerged from his meeting two hours later and kept tight-lipped, revealing only that Mama Gotti gave him the okay.

Following the meeting, the actor and Gotti Junior drove to the Long Island home of his sister, former reality TV star Victoria Gotti.

"Gotti: In the Shadow of My Father" is set to start production in January and will be directed by Oscar winner Barry Levinson. The all-star cast includes Travolta's wife, Kelly Preston, who will play the elder Victoria, "X-Men's" Ben Foster in the part of "Junior," Al Pacino as Aniello "Neil" Dellacroce and Lindsay Lohan in the role of Junior's wife.

The infamous crime boss "Teflon Don" John Gotti died in 2002, of throat cancer in prison at the age of 61.