Commemorating a half century since she first journeyed to Africa to study the behavior of the wild chimpanzee, research pioneer Jane Goodall and friends will hold a special "Jane Goodall Live" one-night event Tuesday, September 27 to talk about her incredible life.

The event will also premiere the biopic "Jane's Journey," which features Angelina Jolie and Pierce Brosnan, among others, showing support for Goodall's cause. Watch this clip!

The chimpanzee expert will share her stories, which highlight not only the decades of her most extraordinary work with the animals in Tanzania, but also provide audiences with a rare look into the life of one the world's most fascinating people. The special guests participating in the event will include Dave Matthews and Charlize Theron. 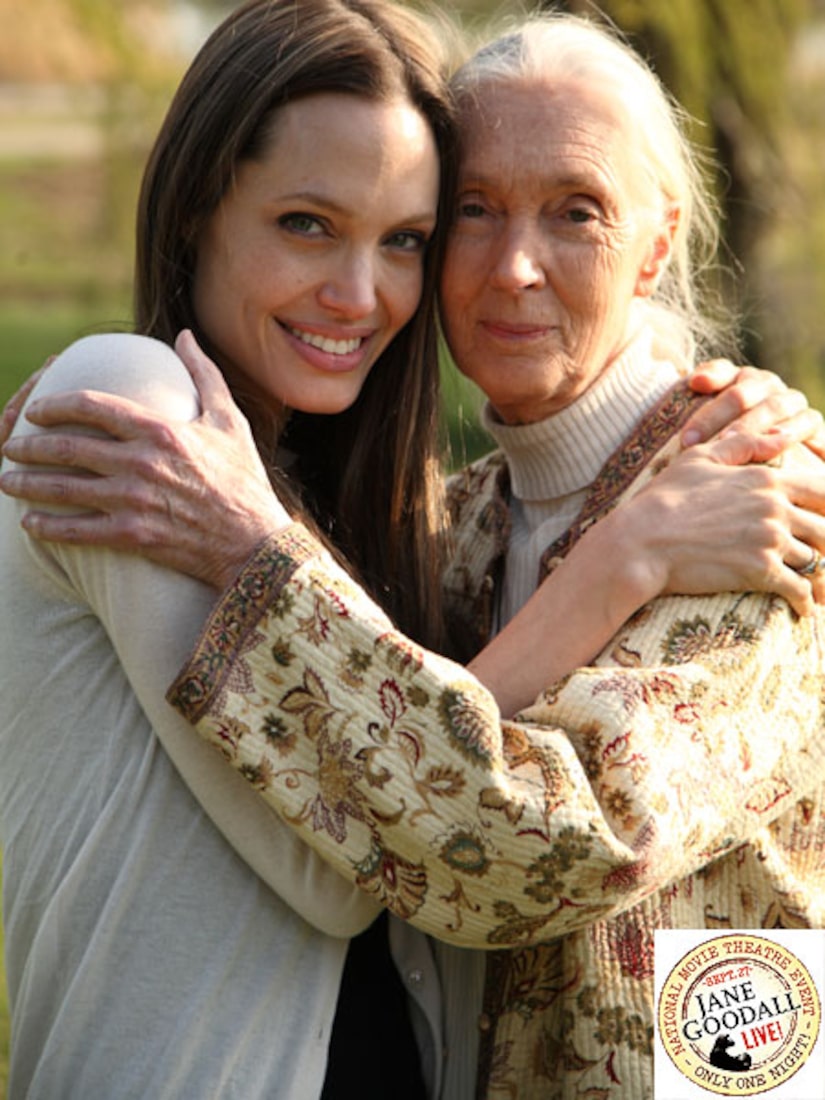 And as an added bonus, "Jane Goodall Live" will unveil never-before-seen, 45-year-old 8mm film footage shot during Goodall's first years in the African forest, which was recently discovered in her home in Britain.

"Jane Goodall Live" will appear in theaters nationwide via satellite Tuesday, September 27, at 8:00 PM. Presented by NCM Fathom and eventsmda, tickets for the event are available at participating theater box offices and online at FathomEvents.com/jane. Also check the website for theaters showing the live broadcast.