"Extra" correspondent Renee Bargh was backstage with the "Dancing with the Stars" gang after they made their big debut, including controversial contestant Chaz Bono, whose performance impressed the judges. His detractors are another story.

The transgender advocate said he didn't know if security had been tightened at "DWTS," but Renee asked if he thought haters would be silenced, to which he replied, "There are certain people you can never silence." 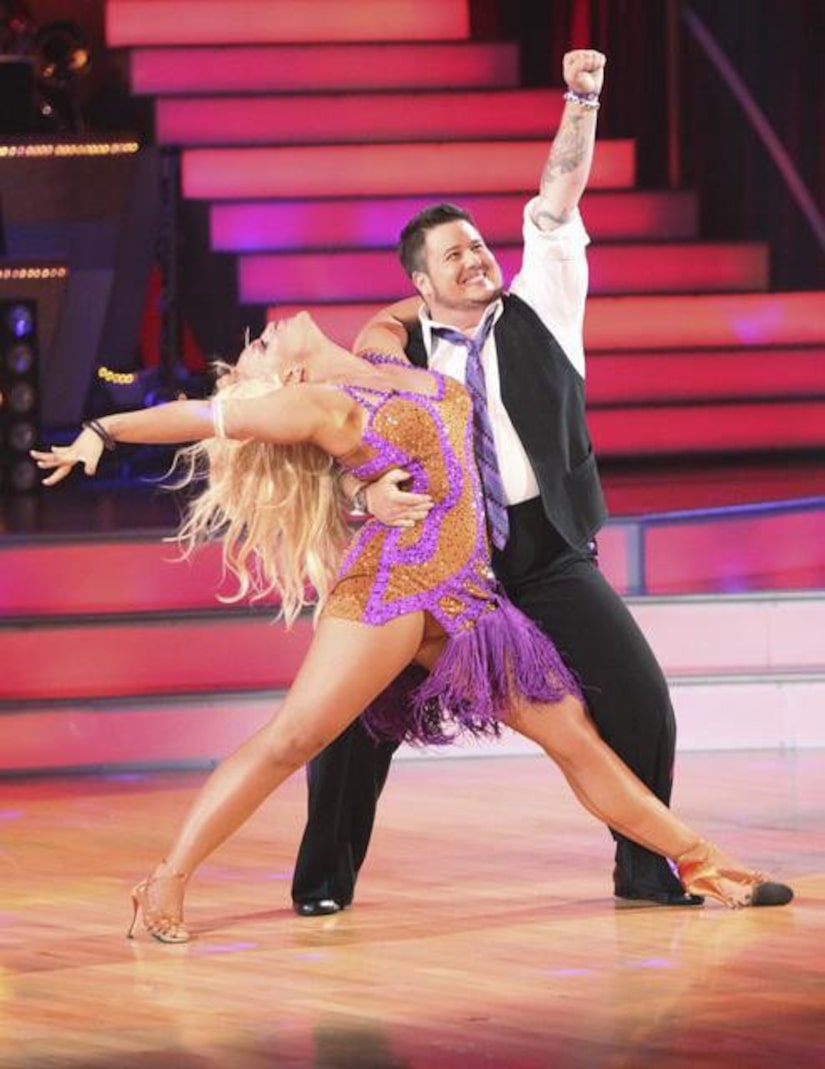 Bono was happy to have his fiancée in the audience, who cried during Chaz's dance. "That's Jenny. She's an emotional gal!"

David Arquette also had his family there, cheering him on, including estranged wife Courteney Cox and daughter Coco. Arquette said of Courteney, "She's so supportive. She was like, 'I want you to smile more. You got this!'" As for Coco, David cooed, "She was just lighting up and screaming. It's just beautiful."

Contestant Rob Kardashian also had support from sister, Khloe, who shouted out in Rob's defense when he was criticized by Judge Bruno Tonoli. Rob laughed, "It's all good. She's got my back."

As for the other contestants, Nancy Grace was just glad to "stay vertical the whole time," while Ricki Lake confirmed, "I lost, in two weeks, eight and a half inches. I am the self-proclaimed Kirstie Alley of this season. Yes!"

And Carson Kressly's Mick Jagger impression was the hoot of the evening. "You gotta stick your butt out. Put your arms. Pout the lips and you go... bounce, bounce, bounce," Kressly explained.

Find out who goes home Tuesday when "Dancing with the Stars" airs at 9:00 PM on ABC!