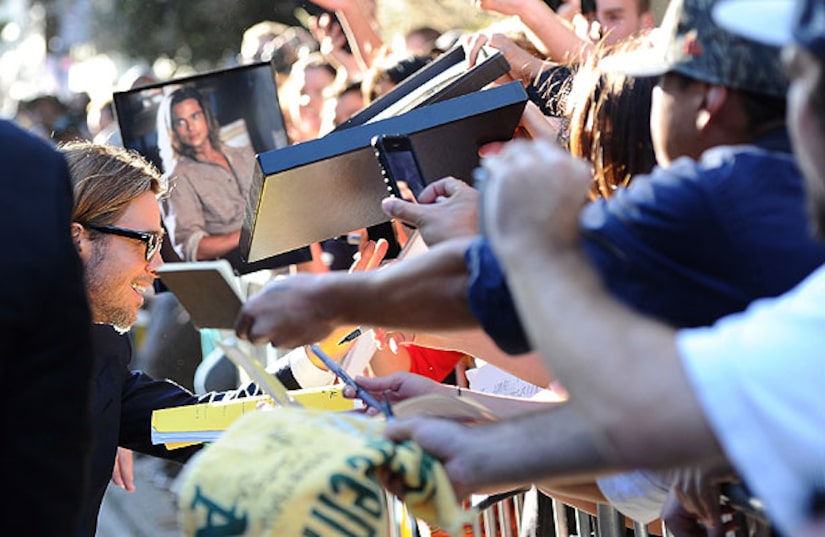 Check out photos from the premiere!

The jet-setting star told "Extra" correspondent Jerry Penacoli, "It's really special for us. I mean we're most excited to bring it back here. The people came out and they were background to help us recreate the game, they stayed up all night. And if they like it, we've done our job."

Pitt even made the cover of Sports Illustrated for the first time. "I know, it's kind of cool!" 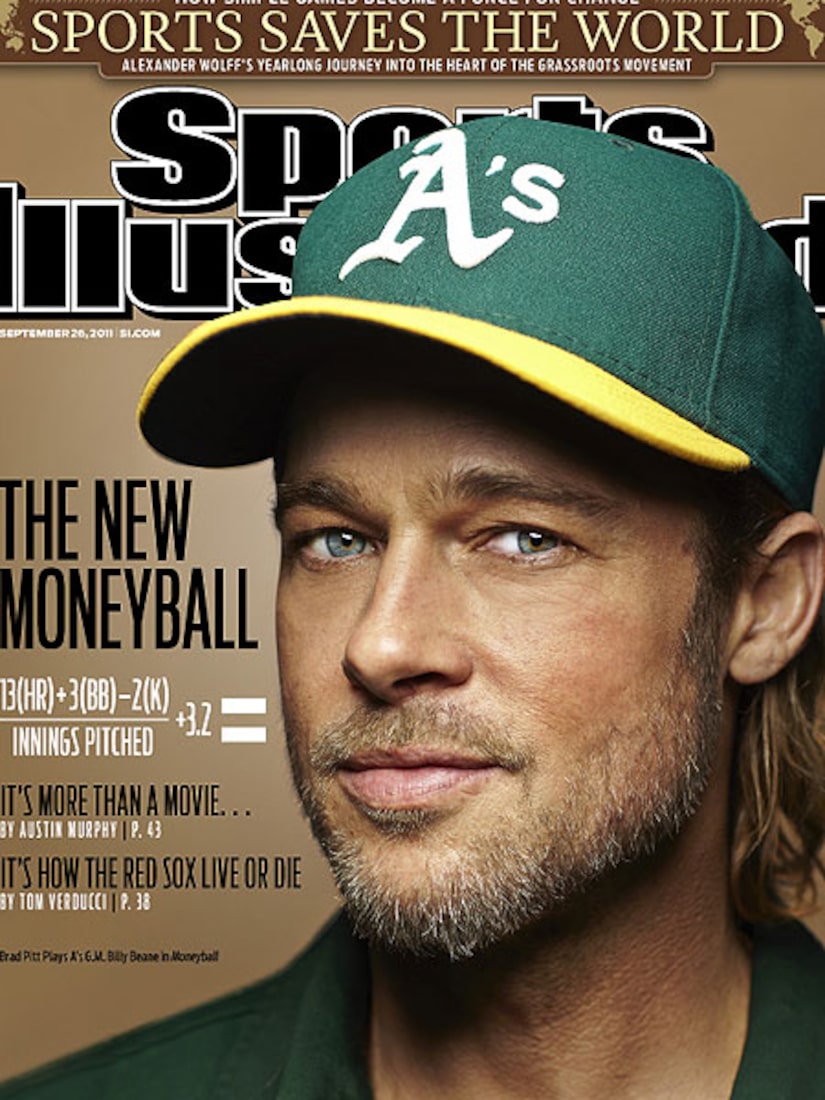 The premiere, benefiting Stand Up to Cancer, also brought out some real life baseball players and Brad's co-star, the slimmed-down Jonah Hill. He told Jerry, "It's the first time anyone's seen me do a dramatic movie."

Catch "Moneyball" when it slides into theaters September 23.