The big buzz at the 2011 Emmys red carpet was the match-up between Ashton Kutcher's debut on "Two and a Half Men" and Comedy Central's "The Roast of Charlie Sheen," both airing in the same time slot Monday night. 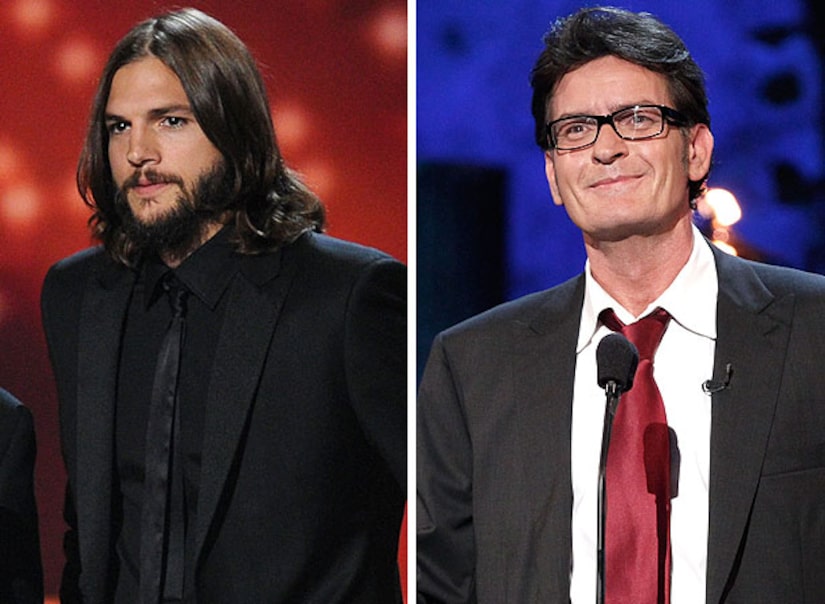 Hear what "Two and a Half Men" star Jon Cryer has to say about Charlie's roast.

Charlie Sheen sends well wishes to the cast of "Two and a Half Men" at the Emmys!

"The Office" actor John Krasinski said he's going with Kutcher and "Men." "I'd love to see what Ashton does with 'Two and a Half Men' because that'll be a lot of fun."