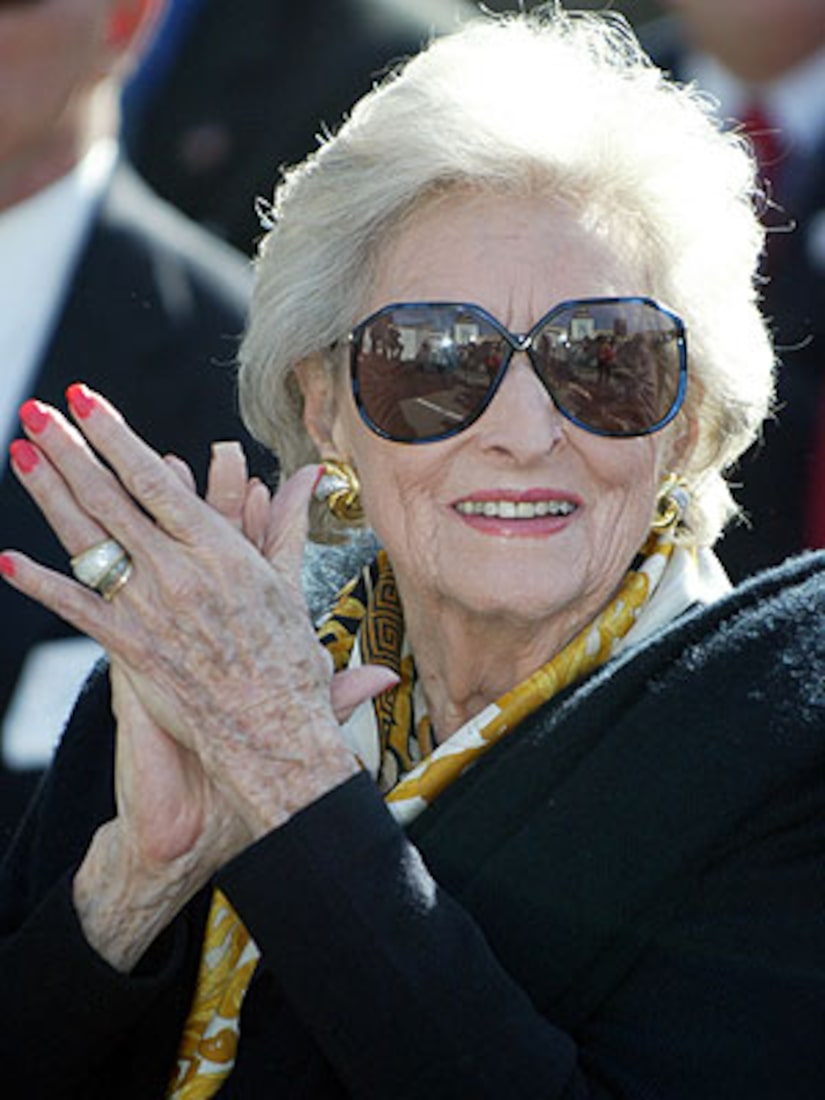 Former singer Dolores Hope, widow of the late comedian Bob Hope, died peacefully at her home in Toluca Lake, Calif. on Monday, People.com reports. She was 102.

Born Dolores DeFina, she met Bob while singing in a Manhattan nightclub under the stage name Dolored Reade. The two married in 1934.

The couple traveled the world, while Bob entertained American servicemen overseas for the USO during WWII.

They eventually settled down and had four children. Dolores was also known for her charity work, being an avid golfer - and renovating her and Bob's homes in Palm Springs and Toluca Lake, which prompted her husband to once quip when he got back from a trip, "Hey, I need a map."

In the '80s, Dolores recorded a series of CDs on which she covered the standards, and performed with friend Rosemary Clooney New York's Rockefeller Center.

Bob Hope died in 2003 at age 100 and is buried in the San Fernando Mission Cemetery. Dolores will have the plot beside him, and private services for family are planned for Friday.