The "will he or won't he" moment was finally answered when Charlie Sheen made an appearance at the 2011 Emmy Awards.

Presenting the award for "my former category," Lead Actor in a Comedy Series, Sheen took a moment to send his best wishes to the cast of "Two and a Half Men."

He then tweeted a pic of himself and Ashton Kutcher, writing "Seriously... @aplusk great talking to you! We'll all be watching! Make us proud!!"

Check out the great pic of "Extra's" Mario Lopez and Charlie! 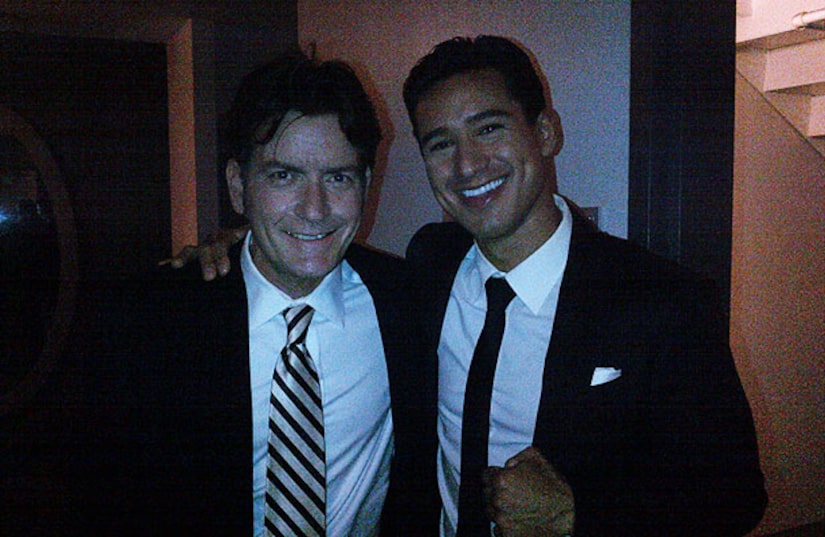 Sheen will be roasted on Comedy Central's "Roast of Charlie Sheen" Monday, opposite the "Two and a Half Men" premiere on CBS.