Given his public falling out with wife Jennifer Lopez, fans showed their support for Anthony by singing "Happy Birthday" as he walked on stage. According to People.com, the singer was so moved that he lost balance, fell to his knees and began to cry. He also thanked his audience for "all your love and support, especially this year; it means a lot to me."

Following the first of his two sold-out concerts in Miami, newly single Marc Anthony joined his daughter, Ariana, 17, and a group of close friends at his 43rd birthday celebration. 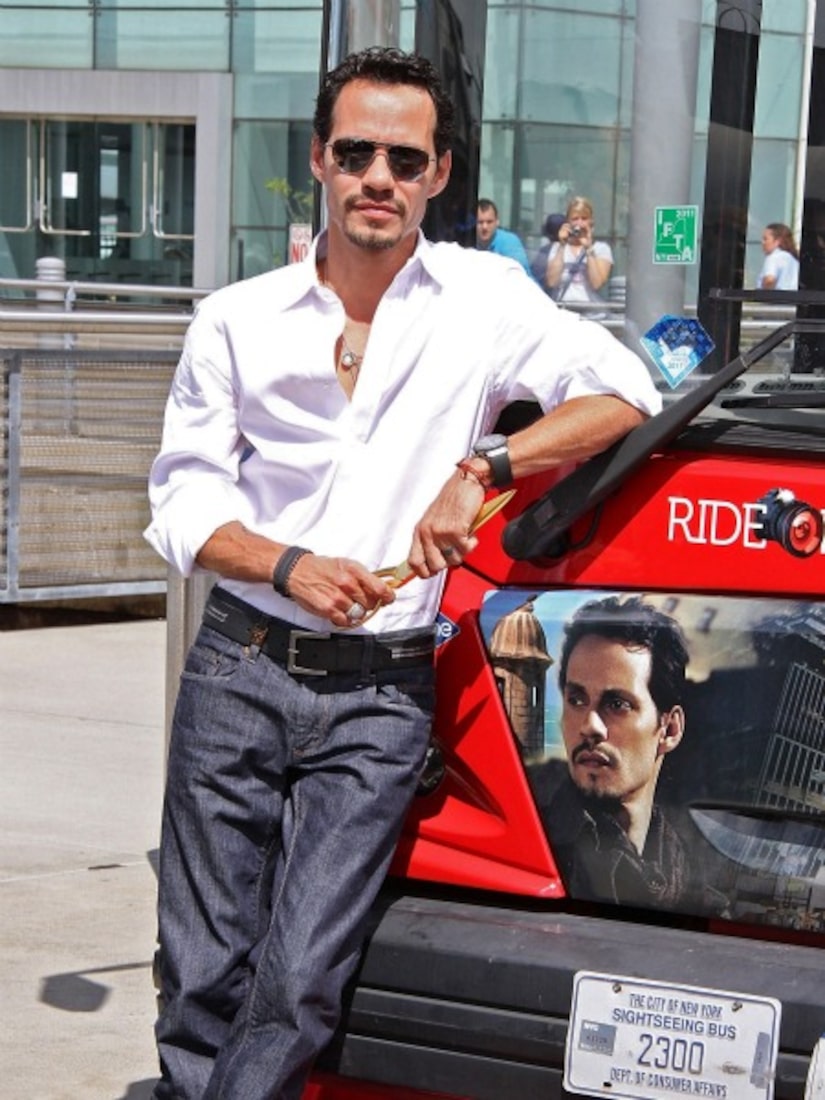 Donning a dapper all-black Gucci suit, Anthony met friends around 11:45 pm at the Viceroy's Club 50 on the 50th floor. According to US Magazine.com, he enjoyed beer and champagne in a private section of the club.

The latin singer kept the focus on family and friends at his party. He did not appear to be on a date or mingling with any women in particular.

Kohl's sponsored the soiree and guests were served cake designed by "Ace of Cakes'" Geof Manthorne. It was crafted like a store shoe box with two boots on top. Manthorne said he made the Rice Crispies boots to resemble Anthony's new footwear collection at Kohl's.