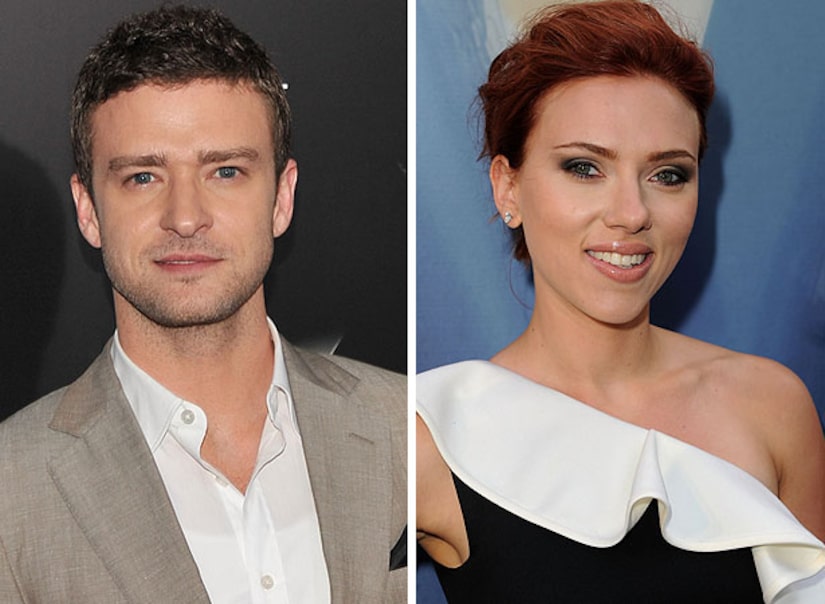 The two stars arrived together at the nightclub, Life & Style reports, and were said to be having a great time in each other's company.

"They were dancing and talking to each other all night like old friends," an eyewitness told Life & Style. "People were surprised that she showed up with him, but they both seemed happy to see each other."

Coincidentally, both A-listers are currently involved in separate cell phone hacking scandals. Johansson is reportedly working with the FBI to find out who hacked her cell phone and leaked naked photos of the blond beauty online, while pics of Timberlake in "compromising positions" were allegedly taken from the cell phone of his "Friends with Benefits" co-star Mila Kunis.

Scarlett and Justin have been friends since she appeared in his 2006 music video for "What Goes Around Comes Around."