"Extra's" Renee Bargh caught up with Hollywood's coolest leading man, Ryan Gosling, and asked about his changing hair color. Gosling explained, "When I did that blonde thing, I thought about when I was a kid and I wanted to be like Billy Idol. So I thought I'll try to do the Billy Idol thing, but I ended up looking like the guy from 'Saved By the Bell,' (Mark Paul Gosselaar). It just didn't work out. But it seemed like a good idea at the time." 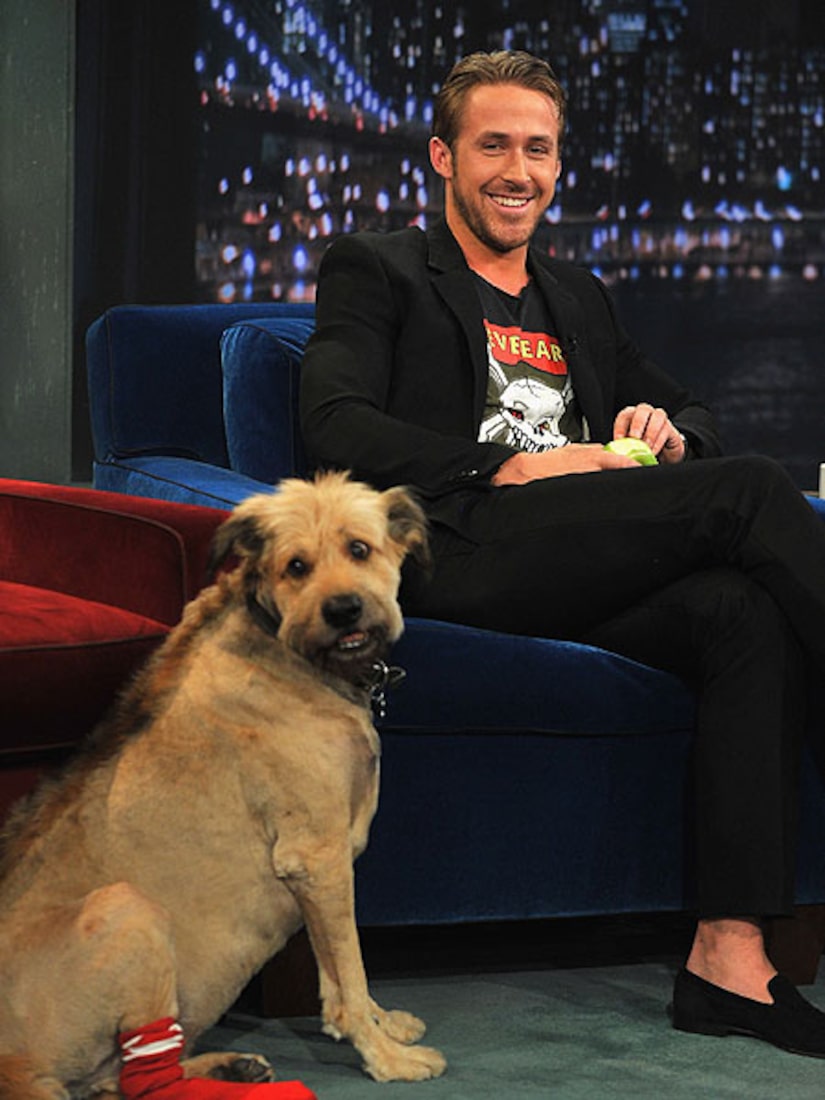 The handsome 30-year-old dished about his latest film, "Drive," in which he stars as a Hollywood stunt performer who moonlights as a wheelman. Ryan gushed, "I love this character," and made a surprising comparison. "I always wished I could see a violent John Hughes movie. I always thought if 'Pretty in Pink' had some head-bashing in it, it would be the perfect movie, so I thought it was an opportunity to make that with this."

Ryan went on, "I really like this character because I had identified with it... when I was a kid and I first saw blood, I thought I was Rambo. I filled up my fisher price Houdini kit with steak knives from my mom's drawer and took it to school and I threw them at the kids at school during recess. I got suspended, [but] I learned my lesson."

Ryan also discussed an upcoming project, "The Place Beyond the Pines," a bank-robbing flick. Gosling, who happened to have the perfect plan for a stickup, said, "I always had this fantasy about robbing a bank on a motorcycle and driving away and pulling into the back of a U-Haul truck. Then they will be looking for a motorcycle and not a truck."

He continued, "I told the director that and he said, 'You gotta be kidding me! I just wrote a film about that 'cause there's this guy in Israel who got away with 20 bank heists with this exact same plan.'"

When Renee asked about the NYC fight he helped break up, the star said, "I had just come back from the gym... I had done my stretching and you feel differently when you're like that. The whole thing was crazy."

Gosling recalled, "That guy probably did steal the other guy's painting and I think I interrupted the justice that was being brought with the smackdown."