Actress and avid runner Reese Witherspoon was hit by a car on Wednesday afternoon while jogging near her home in Santa Monica. 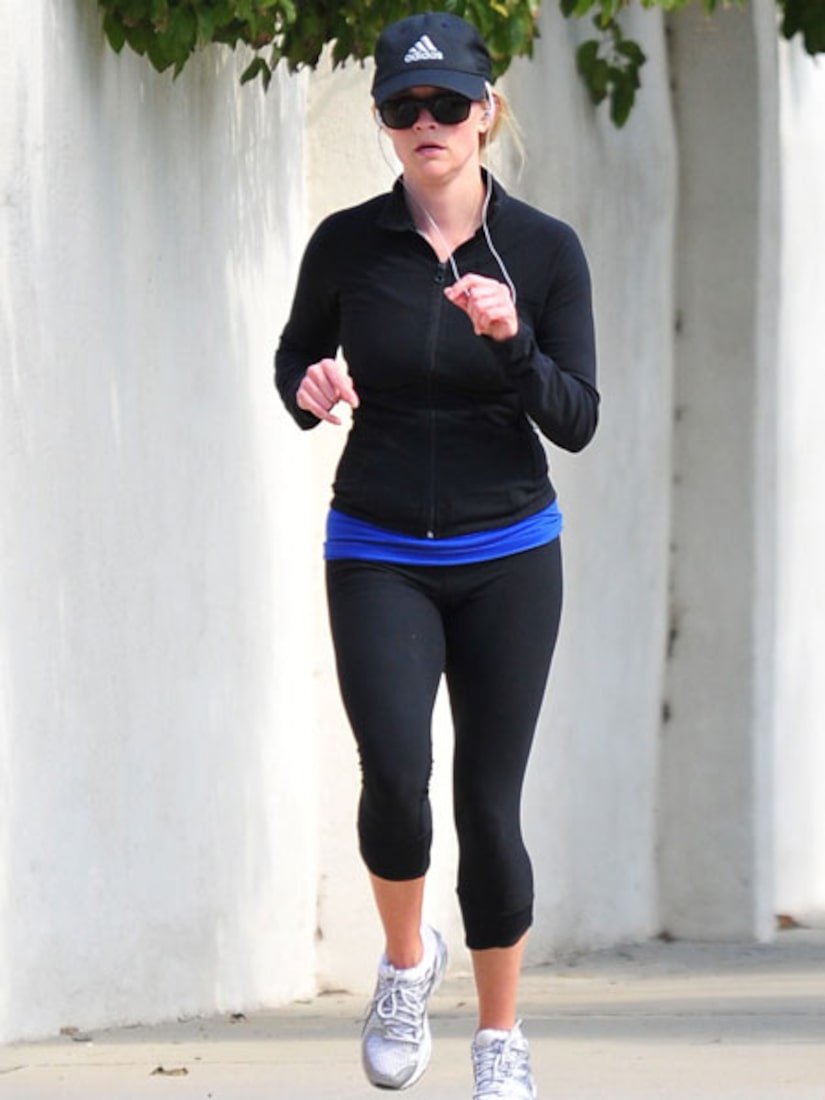 The Santa Monica Police arrived to the scene involving the driver, an 84-year-old female resident of the beach city. The octogenarian accidentally struck Witherspoon, who was jogging within an unmarked crosswalk. The driver reportedly hit Reese going 20 miles an hour causing the actress to end up several feet away on a patch of grass.

The driver was interviewed by police and was cited for failing to yield to a pedestrian.

Reese, 35, suffered minor injuries and was transported by ambulance to the local hospital for treatment.

Witherspoon, who enjoys jogging, previously told "Extra," "Some woman stopped me on the plane the other day and said, 'Do you do anything but exercise? That's all I ever see in the tabloids, exercising or with your kids.' I was like, 'Yeah, I like to exercise. Makes me feel good.'"

Reese's rep confirmed the incident to "Extra," explaining the "Water for Elephants" star was not seriously injured and that she is "resting comfortably at home."