"Extra's" AJ Calloway caught up with Matt Damon, at the NYC premiere of "Contagion" on Wednesday. A bald Damon joked, "I had so many germs in my hair I had to get rid of them," adding, "I love it. This is a great way to go through the summer. It's perfect."

The film, in which Matt describes as "an outbreak of a virus," stars A-list actors Kate Winslet, Gwyneth Paltrow and Laurence Fishburne. Damon revealed the movie's unpredictability, saying, "You're losing cast members right off the bat, so you never know who's next to go, and the virus doesn't discriminate, so it's pretty exciting."

The 40-year-old hunk said the movie about germs taught him a thing or two. "I think I probably wash my hands more than I ever did, after doing this movie."

Damon's friend and co-star of "Liberace" biopic Michael Douglas also arrived to the premiere looking healthy and in good spirits. 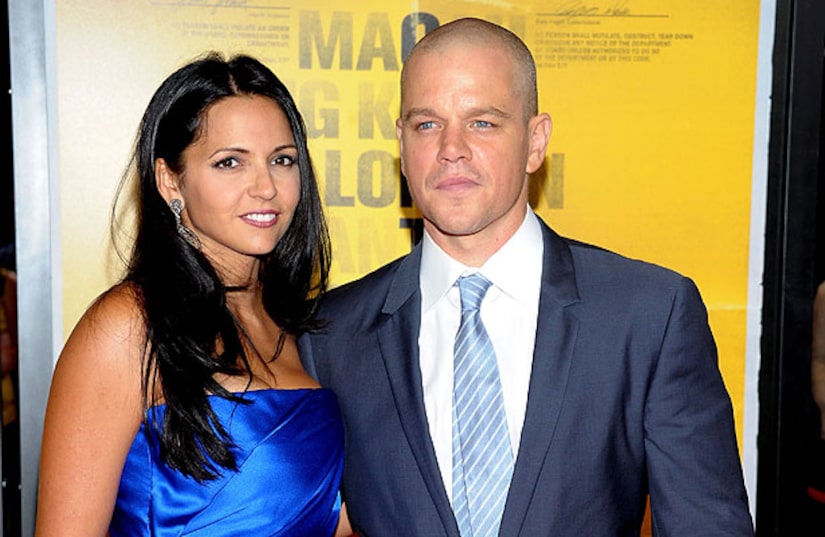 Matt on Brangelina: "I'm Sure They're Cloning Themselves"

The actor, who successfully starred in the "Bourne" franchise -- now being taken over by Oscar winner Jeremy Renner, said, "The one thing they said is that it wouldn't preclude me from doing another one, so I don't think he's [Renner] actually playing the Bourne character."

Damon continued, "All I care about is that I can go do another one at some point, and if we can do that then I'm good."
Stay tuned for more "Bourne" news, and catch "Contagion" infecting theaters everywhere on Friday.