The stars dazzled on the red carpet for the GQ Men of the Year Awards in London on Tuesday evening. The spotlight was bright for Charlize Theron -- who is in town filming "Snow White," and "The Hangover's" Bradley Cooper. 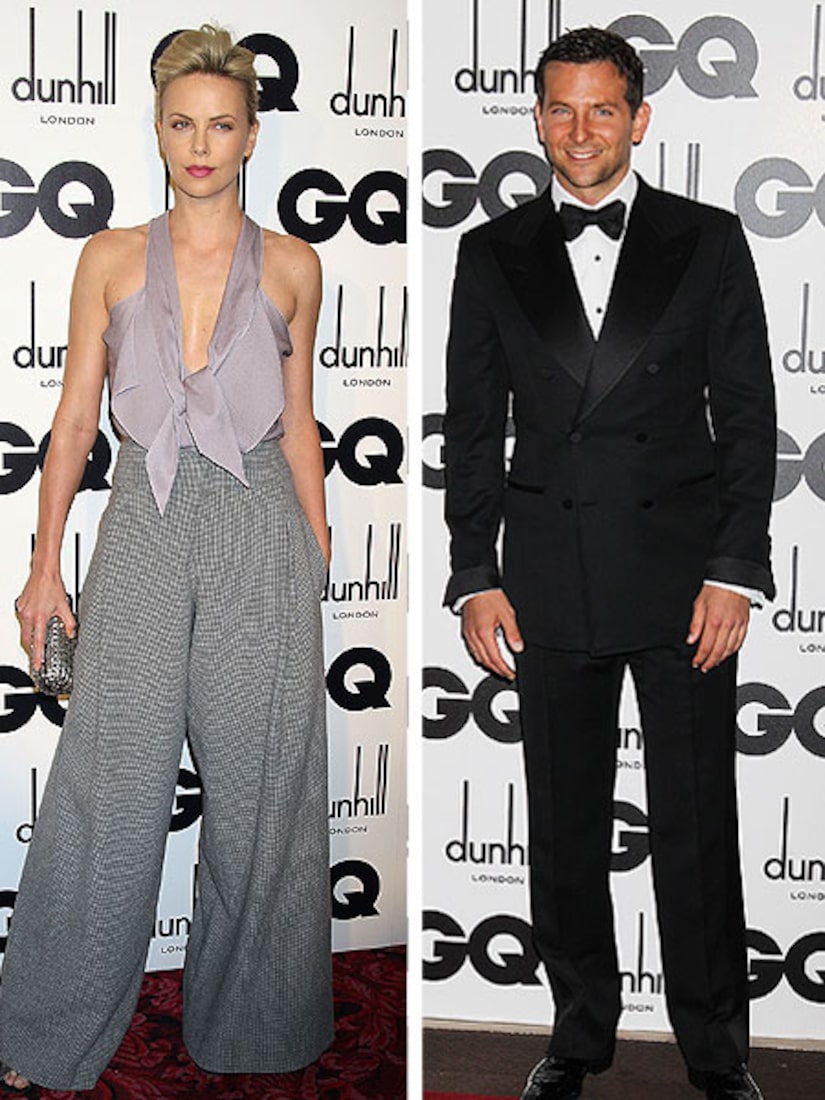 Theron and Cooper were seated together during the British awards bash, with Bradley pouring up some bubbly at the table. Although the pair make a nice-looking couple, they are not dating and are just friends.

Charlize, 36, took to the stage to present the award for International Male and described the hunky winner's good looks, his comedy and acting chops. Coop was dressed to the nines in a dapper tux.

Following the ceremony, the actor said to MailOnline, "It is so great to be given the award, I am really honored. I'm having such a great time here."

Check out the pics and winners!

Help For Heroes - The Armed Forces