It's called the Happiest Place on Earth for a reason, and the hottest couple there this weekend wasn't Mickey and Minnie, but Ryan Gosling and Eva Mendes. 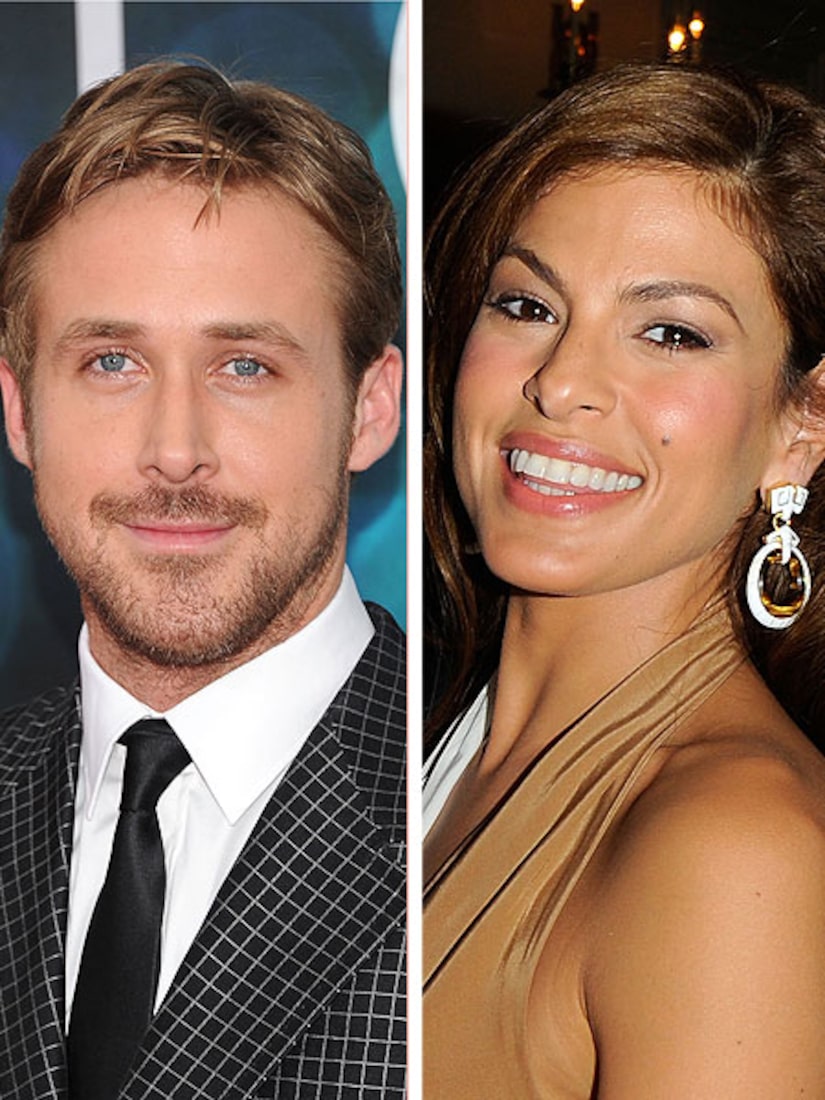 On Saturday, hot new couple Eva and Ryan headed to Disneyland, where they kissed, hugged and held hands as they toured the amusement park, according to US Weekly. An observer said, "They were playful. Eva was skipping around like a little girl... she would lean into him and she held his arm the entire time." Yup, they were goofy for each other.

The sexy pair definitely enjoyed their day at the Magic Kingdom... riding Toy Story, the California Screamin' rollercoaster, a Little Mermaid adventure and ferris wheel while snacking on churros, cotton candy and corn on the cob. Eva, who ended her relationship with producer George Gargurevich over the summer, was seen feeding Gosling during their Disney date.

Ryan, 30, and Eva, 37, currently filming "The Place Beyond the Pines," have known each other for a while, and according to an insider, "There's always been this strong chemistry between them... this was just a matter of time!"

The source added, "It hasn't been a secret how excited Eva's been to film with him and she's always joked with us about how gorgeous he is. She's never been shy about having the hots for him!"