Tuesday's episode of "America's Got Talent" took a scary turn when one of the Gymkana members, Warren Hull, jumped through a ring of fire, catching some of the flames on his suit and causing the flaming ring to come crashing to the stage.

"Extra's" Terri Seymour was backstage when the incident happened and tweeted, "Very dramatic night on AGT! Warren Hull from Gymkana assured me he's not hurt even though it burnt through his suit." 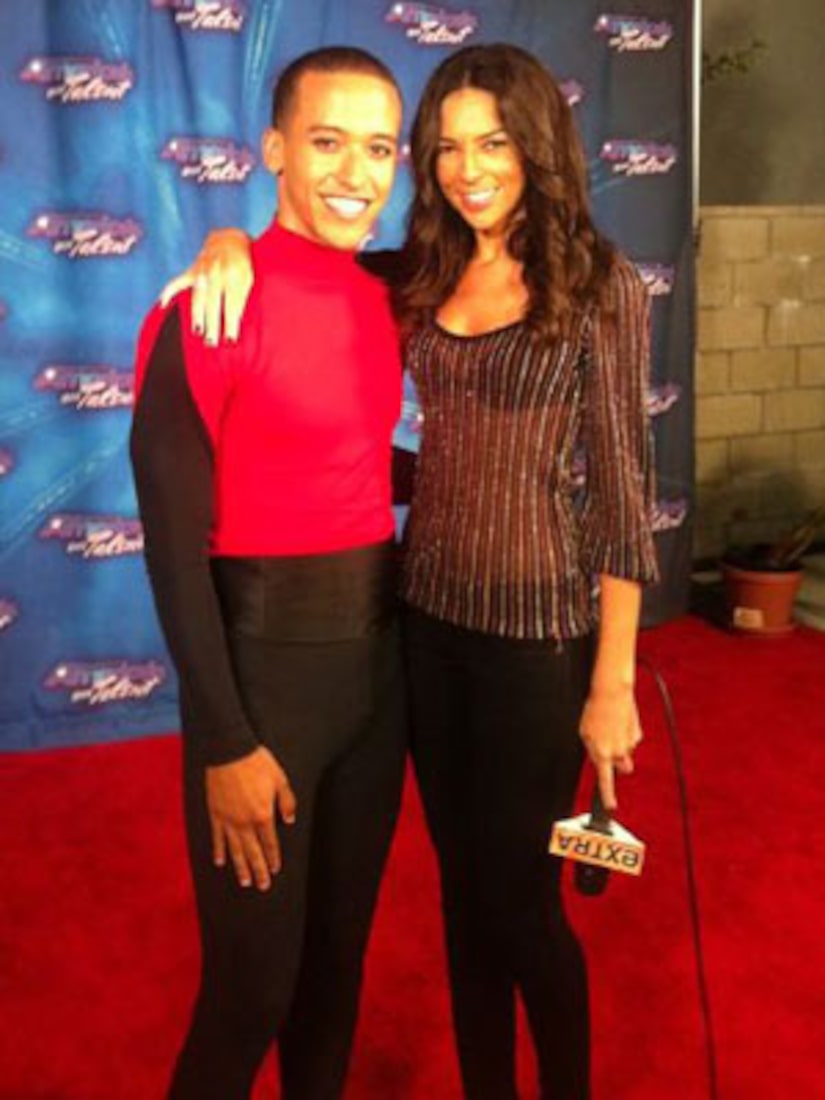 The University of Maryland contestants, a gymnastic stunt team, had upped the ante by adding the ring of fire, which they were jumping through during their performance. After Hull made contact with the ring and briefly caught fire, the performance was brought to an abrupt end.

"AGT" judge Howie Mandel said, "When he hit the fire, you could see the suit burning. They say he's okay, but I'm a little shaken to have been that close and watching."

Tonight the group will find out if they are among five acts moving forward to the next round.