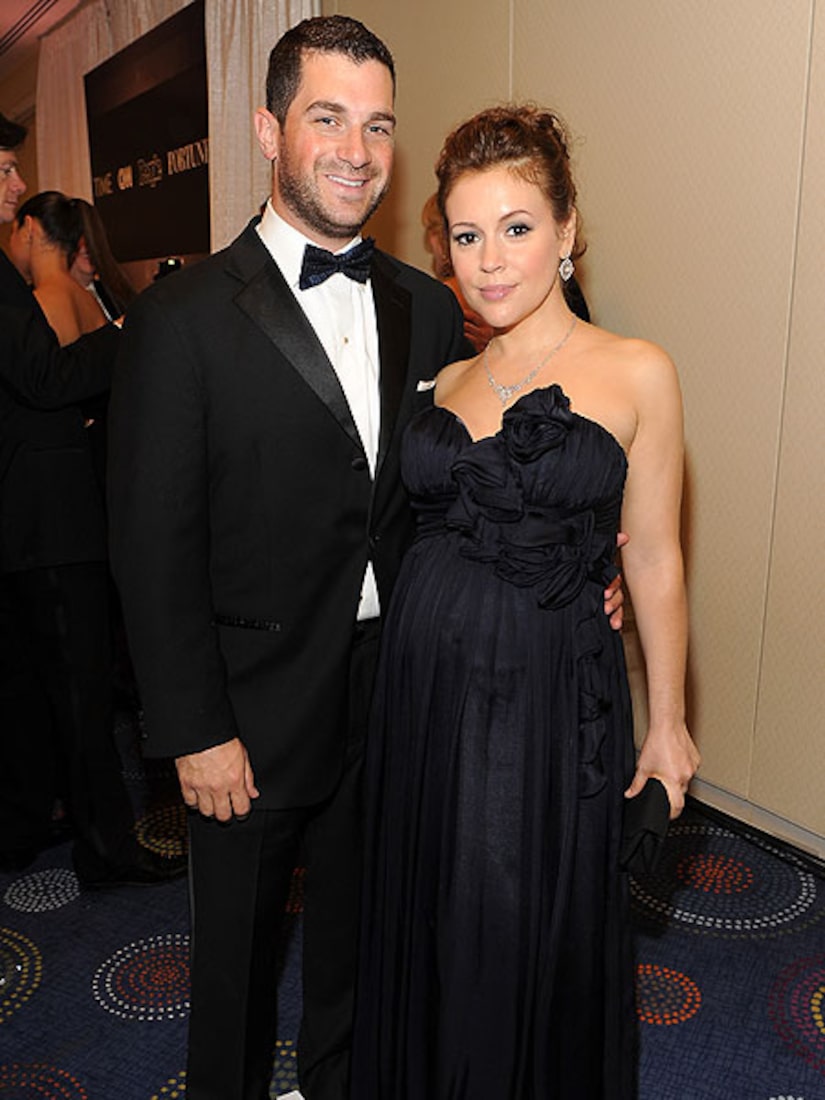 The couple, who married in 2009, announced on Twitter in March that they were expecting a boy. Milano, 38, previously told People she was having a lovely pregnancy. "Every time I get an ultrasound, he's [Milo] doing really funny things like sucking his thumb or elbowing me."

"The Office" co-star Jenna Fischer is having a baby boy with her husband of two years, Lee Kirk.

January Jones announced she was pregnant in late April, although the identity of the father has not been disclosed.Jones' spokesperson said, "January Jones is happy to announce that she is expecting her first child this fall. She's really looking forward to this new chapter in her life as a single mom."

Tori Spelling and husband Dean McDermott are pregnant for the third time.Spelling took to Twitter to make her announcement and wrote, "I know there's been a lot of speculation, so I wanted everyone to hear from me... Its official...Dean & I are PREGNANT!!!!"The couple have two children together —Liam Aaron and Stella Doreen.